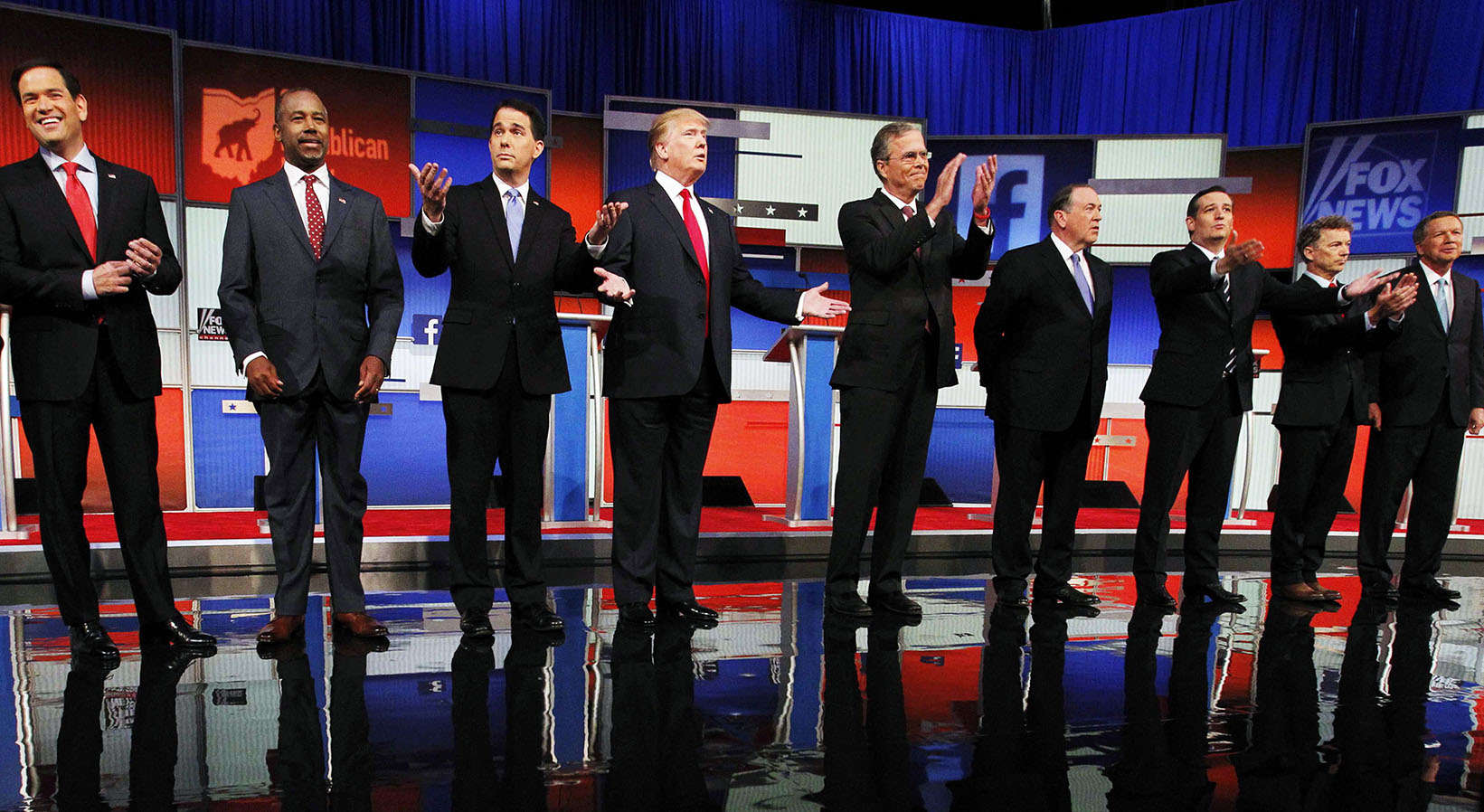 The Democratic Presidential Debates have a remarkable history in the United States Electoral culture and System. In 1858, the Senatorial debate between Stephen Douglas and Abraham Lincoln in Illinois happens is said to be the birth factor for the debating custom in the country. The three hours long debate focused on the moral and economic predicament brought by the slavery; the Douglas eventually won the seat. Two Years later in 1860 Lincoln, who ultimately was in the office as president, didn’t debate at all during his powerful campaign launched to root the slavery out of the country and make America free once again.

The Next Fifteen elections were by and large without the well-publicized or rather without any debates at all until in 1948 when the presidential debate between Harold Stassen and Thomas Dewey would get space on the radio waves; however that can’t be called a debate as there was no dialogue but the campaign speeches which got the coverage – a step forward to healthy debates later seen on the American political fabric. The debate over whether to outlaw communism in the United States was listened by an audience of 40-80 million across the flourishing democracy. However the debates were never instrumental in the presidential race even after the first televised debate hosted by the League of Women Voters (LWV) which hosted and sponsored the 1976, 1980 and 1984 United States presidential debates. It was the Kennedy-Nixon show in 1960 that is widely accepted as a phenomenal series which set the platform for the custom which is very popular nowadays and has a reputation that is now stepping outside the America in Europe and Asia.

Since then the public were always in for the debating culture and expected great ones which were undoubtedly delivered by many in the coming years. The Nixon, the vice-president then was on the receiving end on September 26, 1960 before the cameras focused on him and Kennedy. Once getting into power as 37th President of the US in January 1969, the man used his veto powers to annul the equal time provision of the Communications Act of 1934. The exploitation of debating process was quite evident and seemed to be out of control until the LWV took the charge of organizing the debates. In 1988, the Commission on Presidential Debates (CPD) took the reins and emerged as the only legitimate authority to host the Presidential Debate.
The debates are a great way for the runners to speak their mind and open their hearts before the fans, voters and potential voters in Caucuses and Primaries and winning the delegates before getting nominated form their respective parties for President-ship. though it needs a lot of sponsorship and lobbying by the media houses and heavy funds form Candidates and parties. LiveNewsBox broadcast the right news channels which broadcast all of the U.S elections 2016 transmission including democratic, Republican presidential debates live streaming.

The Elections are now greatly influenced by the modern technologies particularly the use of media. The advances in media have created a phenomenal impact on the voter-trends and results of the elections. CNN is the world’s leader in News and you can as they say Go There to listen to some of the best Presidential debates between the runners.

Viewers can submit their questions through internet and find themselves on a good Super Tuesday in the light, heavy and bitter questions. Media Power in Politics has never been a secret and now when the journey to the Whitehouse is in full swing, getting momentum everyday and with the fact that many of the front-runners are now dropped out, the race is getting more and more demanding and taxing. CNN will take you to the podium in the live hot inter and intra-party debates between and among Hillary Clinton and Democratic-socialist Bernie Sanders, Ted Cruz, John Kasich and Donald J. Trump. Jeb Bush, Ben Carson and Chris Christie have just left the race while Carson and Christie are now endorsing the establishment candidate Trump. Marco Rubio too is just out of the race after losing polls in Florida. There is still a lot to come, the Listeners of CNN International and United States will be seeing a lot of the heat, criticism, praise and of course some fine work and moderation by team CNN (Wolf Blitzer, Anderson Cooper, Juan Carlos Lopez and Dana Bash) in the coming days. To sumup, the Delegate count is showing Trump at the top from Republicans with 662 pledged delegates (1237 more to win), 408 (Pledged) endorsing Cruz followed by Kasich at 3 with 143 pledged. On the other Hand, Secretary Clinton is the dominating race with a good lead of 1588 (1116 pledged and 472 super) and needs 2383 more tow win followed by Sanders who is well behind with 794 pledged and 23 super. Follow the CNN Election and extensive coverage of the Campaigns from all the remaining States. Arizona, Utah and Washington are still challenging the efforts of Campaigners, just wait and you will get enough form the CNN.