BBC News aka BBC News Channel launched on Nov 9, 1997 is a rolling hour news station with a global reach and acceptance. The station was established as a part of efforts by British Broadcasting Corporation to break into domestic news industry. It in a short time started to compete with Sky news active since 1989.The company also started bbc news live stream for its online audience.

The station received Royal Television Society Television Journalism Awards in Feb 2006, a year that is considered by many as an eventful year that changed the position of the station. By May 2007, BBC could be accessed online. It was renamed as BBC News in April 2008 and studios presentation and news operations were restructured. The national newscasts were rebranded as BBC News at 10, BBC News at 6 and BBC News at 1. Named RTS News Channel of the Year in 2017, since 2013, BBC News Channel has its facilities located in the West End of London. 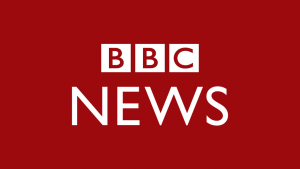 BBC primarily attracted the audiences through its cable, digital terrestrial and satellite services while the channel alongside BBC Parliament is the only station of the station still available via analogue subscription. The analogue transmission was replaced with the introduction of digital television in United Kingdom in 1998 as satellite and terrestrial services were introduce for audiences. The viewers initially faced some difficulty to receive the station as it required ONdigital or Sky subscription. However, today the station can be received through a couple of carriers including Freeview and Freesat.

BBC News Channel signed on air 2.5 years after the launch of its sibling BBC World on Nov 9, 1997. Prior to the launch of the station, Sky News was the standalone service dominating the domestic scene and maintained the status-quo for more than eight years which ended upon the launch of the BBC News 24.

In 2006 to unify the identity of all BBC services creative features plan was introduced following which BBC News 24 was rebranded as BBC News on April 21, 2008. The channel with the newly adopted identity moved to Studio N6 while sibling BBC World News switched to Studio N8 previously in use by BBC News Channel. The domestic station would now share space with BBC News at 10 and BBC News at 1 in Studio N6 while the remainder of the bulletins were relocated to TC7.

It moved to newly structured broadcasting house on March 18, 2013 to bring revamped presentations and on-screen graphics. More came in the form of Full High Definition studios and live newsroom backdrop.

BBC News High Definition was launched on Dec 10, 2013 following its announcement in 2013 and expanded its reach to United Kingdom by June 2014; it is available on Freeview. The simulcasts of the HD service can be seen on BBC One HD and BBC Two HD.

The channel broadcasts latest national and international news through its round the clock bulletins with breaking news, overnight news and simulcasts of BBC World. Weather News, Sports programming and specialized business news is also carried in its rolling-day broadcasts. Here are some of the programs produced by the station:

BBC World News gives a package of international news and breaking news stories from around the globe.

World Business showcases latest business and financial news from the global markets around the world.

Politics Europe: Jo Coburn and Andrew Neil present the in-depth analysis at the politics and current evens of Europe.

NewsLive is proud to be great web app , which enables everyone to be informed about the latest happenings.
Contact us: contact@newslive.com
© Copyright 2019 NewsLive.com