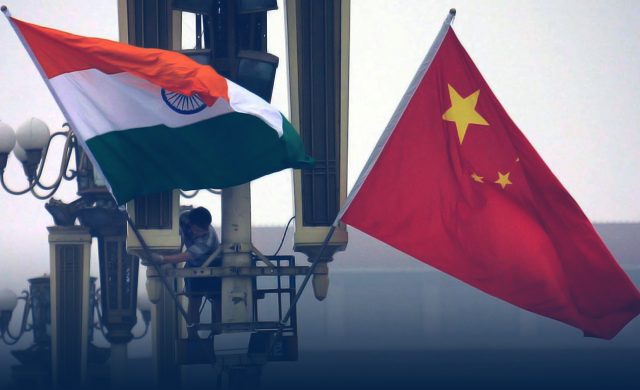 At least 20 Indian soldiers have been killed following a violent confrontation with the Chinese troops at Line of Actual Control in Galwan Valley. The troops from both the sides were caught in a violent face off along their de facto border in the Himalayas late Monday, the Indian army reported.

The clash happened during a de-escalation process agreed by the two sides in the Galwan Valley in the disputed Ladakh region where a large troop buildup was reportedly been taking places from both sides for a couple of weeks before the military high brass from the opposite sides started negotiations to calm down the situation.

The Indian army had earlier reported 3 causalities but on Tuesday updated the toll to 20 troops “who were critically injured in the line of duty at the standoff location and exposed to sub-zero temperatures in high altitude terrain have succumbed to their injuries.” An Indian army source familiar with the developments in the disturbed Himalayan region reported that the incident involved no shooting but “violent hand-to-hand scuffles”.

Brawls are regular part of the business between the Asian bigwigs and arch rivals across their 3,500km border but the causalities have been recorded for the first time since 1975. Indian authorities also claimed that both sides sustained causalities. Chinese counterparts have confirmed the causalities on their side but didn’t provide any record of the damage while they held Indian soldiers responsible for attacking the Chinese troops and thereby starting the confrontation.

“We again solemnly request that India follows the relevant attitude and restrains its frontline troops,” he added.

Senior military officials from both sides are trying to defuse the situation through new rounds of negotiations.

India and China have been discussing through military and diplomatic channels the de-escalation of the situation in the border area in Eastern Ladakh,” said India’s External Affairs Ministry spokesman Anurag Srivastava on Tuesday.

He further added that military officials have “agreed on a process for such de-escalation in a productive meeting on Saturday, June 6.

“While it was our expectation that this would unfold smoothly, the Chinese said departed from the consensus to respect the LAC in Galwan Valley. Both sides suffered causalities that could have been avoided had the agreement at the higher level been scrupulously followed by the Chinese side. Given its responsible approach to border management, India is very clear that all its activities are always within the Indian side of the Line of Actual Control.”

We expect the same of the Chinese side. We remain firmly convinced of the need for the maintenance of peace and tranquility in the border areas and the resolution of differences through dialogue. At the same time, we are also strongly committed to ensuring India’s sovereignty and territorial integrity,” he added.

“China has lodged strong protest and representation with the India side, and we once again solemnly ask the Indian side to follow our consensus and strictly regulate its front line troops and do not cross the line and do not stir up troubles or take unilateral moves that may complicate matter,” Zhao added.

“We both agreed to resolve this issue through dialogue and consolation and make efforts for easing the situation and upholding peace and tranquility in the border area.”

The two neighbors have long squabbled about their frontiers but recent weeks have witnessed some serious episodes of escalation. On May 9, scores of Chinese and Indian troops got injured in a clash involving hand to hand combat and stone-pelting at Naku La in India’s Sikkim state.