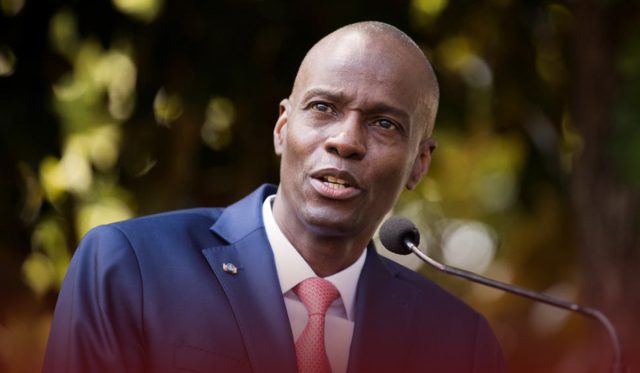 According to the acting Prime Minister of Haiti, Claude Joseph, Jovenel Moise, the President of Haiti was killed during an attack on his residency on Wednesday. After the death of Moise, Joseph declared a state of siege in the country. Moreover, the attackers stormed the home of the president at around 01:00 am and fatally found him. The acting prime minister described the killing as an inhumane, heinous and cruel act.

Overnight, four suspects in the assassination of Haitian President Jovenel Moïse were killed and two others arrested in a gun battle with police. New images are emerging of the brazen attack that’s sparking outrage worldwide and growing turmoil in Haiti. @gabegutierrez reports. pic.twitter.com/kc9KpXm3hF

According to Haiti’s ambassador to the United States, the attackers also shot Martine Moise, the first lady of Haiti in the attack, and shifted to the hospital in Miami for treatment. Ambassador Bocchit Edmond said in a news briefing that her condition is stable but critical. Haitian National Police imprisoned two suspects and killed four other culprits involved in the assassination, Edmond told CNN en Español.

He said that officials are trying to move forward and see how they can find more of those who involved in the horrible act. Further, he added that the suspects were foreigners, and police forces are investigating their nationalities. Edmond believes the suspects received assistance from the nationals of Haitian because they used local vehicles to enter the presidential residence and killed the head of the state.

Were the Suspects DEA Agents?

In a news conference, Ambassador Edmon said that the invaders believed as mercenaries and referred to them as well-trained assassins. Further, he adds that video from the incident showed that the killers were speaking Spanish, and they presented themselves as EDA agents. Drug Enforcement Administration (DEA) is the Agency of the United States Department of Justice charged with enforcing laws covering trafficking in controlled substances. On Wednesday, he told press reporters that he believes that they were fake DEA agents.

Edmond said that the security forces are unclear about how they came in and also either the attackers are in the country or not. If they left the country, it would be through a land border with the Dominican Republic, a Caribbean nation, because Haiti would spot an airplane leaving, and the authorities closed the airport since the attack. Edmond said that after taking control of the situation, the authorities would reopen the airport.

Haiti is facing violence for the last some weeks. While addressing the citizens in a TV statement, the acting prime minister declared a state of siege in the county and begged the nation to remain calm. Furthermore, the state of siege is mid of three levels of emergency under the law of Haitian, alongside the minor state of emergency and likewise, the higher level of the emergency referred to as the state of war.

Who will become the Successor of Moise?

Moise was a former divisive celebrity and banana exporter in Haitian politics. Furthermore, the fifty-three-year-old president spent most of the past year waging a political war with the opposition party during the terms of his presidency. At the moment, it is unclear that who will replace the late president. The President of the National Association of Haitian Judges, Judge Jean Wilner Morin, told CNN that the presidential succession line in the state is now murky.

The President of the Supreme Court of Haiti would normally be next in line, but unfortunately, he recently died of coronavirus. Moreover, for the acting Prime Minister Joseph to officially replace the President, parliament would approve him. However, without recent elections, the parliament of the country is successfully defunct.

During his presidency, Moise failed to hold elections at national and local levels, leaving much of the governing infrastructure of the country is empty. A constitutional vote set to held in September 2021, along with the legislative and presidential elections. Local and Municipal elections scheduled for 16th January 2022; the official electoral calendar showed.

Leaders across the world condemned the assault on the Haitian president, and they also expressed solidarity and condolences with the Haitian nationals. Boris Johnson, the Prime Minister of the U.K., called for calm and said that he felt shocked and saddened after listening to the news. Further, he tweeted that their condolences are with his family and the Haiti nationals.

I am shocked and saddened at the death of President Moïse. Our condolences are with his family and the people of Haiti. This is an abhorrent act and I call for calm at this time.

The President of the United States also tweeted that they felt shocked and saddened to hear the assassination news of President Moise. Further, he condemned the attack on the president and Haiti’s First Lady Martine Moise and called it a heinous act. He also assured to assist and work for safe and secure Haiti.

We are shocked and saddened to hear of the horrific assassination of President Jovenel Moïse and the attack on First Lady Martine Moïse of Haiti. We condemn this heinous act — and stand ready to assist as we continue to work for a safe and secure Haiti.