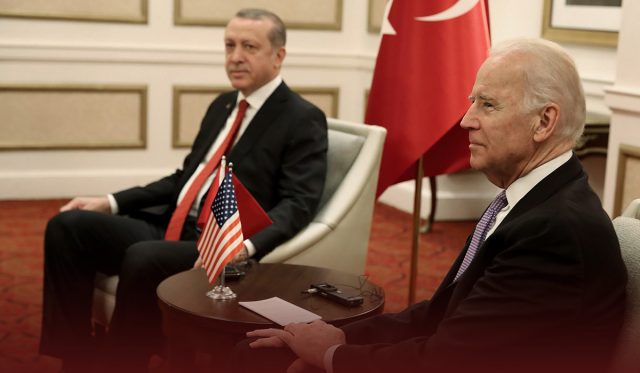 A U.S. official said that Joe Biden, the President of the United States, and Recep Tayyip Erdoğan, the President of Turkey, settled on a point when they met in Brussels this week that Turkey would play a lead role in securing the Kabul airport as the U.S. pullout troops from Afghanistan. However, both leaders were unsuccessful in resolving a prolonged dispute that stressed relations between Ankara and Washington about the Turkish purchase of the Russian-made S-400 surface-to-air missile system.

On Thursday, Jake Sullivan, the United States National Security Adviser, told reporters that Erdoğan and Biden, in their face-to-face meeting on 14th June at the North Atlantic Treaty Organization (NATO) summit, discussed the security issue of Afghanistan airport. Moreover, the Turkish president asked for American support to help secure the airport, and the U.S. president committed to providing that support, Sullivan said.

Furthermore, Sullivan said that the strong commitment from both leaders established that Turkey would play a key role in securing Hamid Karzai International Airport, and they are now working through how to execute their goal. The remarks of Sullivan offer the initial information from the United States side of the meeting between Erdoğan and Biden, who told Biden Ankara will not change its stance on the S-400 missile system of Russia.

Erdoğan and Biden Sounded Upbeat after their Meeting

Turkish purchase of Russian anti-aircraft system interfered with American plans to sell Ankara the advanced F-35s combat fighter aircraft. On the other side, U.S. removed Turkey from the F-35 fighter jet programmed and forced sanctions. Erdoğan told reporters after his return from Azerbaijan that he told the U.S. president that they shouldn’t expect Turkey to take a different move on the S-400 and F-35 issues because they did what they had to for the F-35s.

The United States and Turkey have been at odds over a host of other matters, including the Eastern Mediterranean and policy differences in Syria. Both leaders sounded optimistic after their meeting though they didn’t announce what solid development they made. Furthermore, one possible area of cooperation in Afghanistan, where Ankara offered to secure and operate Kabul airport after NATO and U.S. forces would pull out incoming some weeks.

Kabul Airport Security is Important for the Diplomatic Mission in Afghanistan

The security of the Kabul airport is important for the operation of ambassadorial missions in Afghanistan as allied forces withdraw. A Taliban spokesperson said last week that Turkey should remove its troops from Afghanistan under the 2020 agreement for the withdraw of American forces, but Sullivan said the Taliban remarks didn’t discourage the effective and detailed security plan the U.S. is putting together.

Biden adopted a cooler tone as a president than former president Donald Trump towards Erdoğan. The Democratic president rapidly recognized the 1915 extermination of Armenians as genocide. In addition, Biden intensified criticism of the human rights record of Turkey. It was unclear if the U.S. president spoke up for the human rights issue with the Turkish president during his talks, and Sullivan provided small details on how, if at all, the deadlock over the S-400s would resolve. There was not a resolution of the matter.