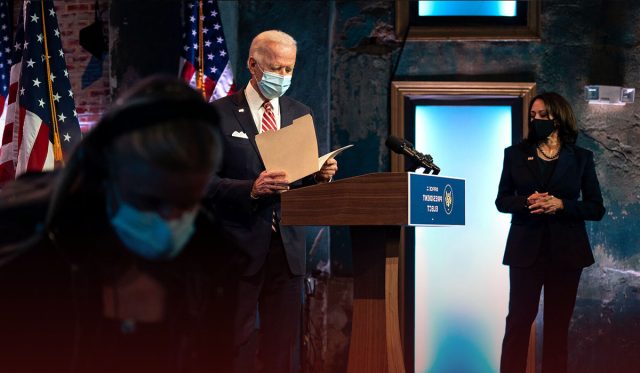 Joe Biden, the President of the United States, announced that his administration wouldn’t lift sanctions on Iran to get the nation back to the negotiating table. However, he suggests the measure would only happen if Iran stops enriching uranium. CBS News anchor Norah O’Donnell asked Biden during an interview about lifting the sanctions on the country for getting it back to the negotiating table. The President replied, “no.” Further, he proceeded that Iran would need to stop enriching uranium first.

Since his inauguration, Biden’s comments mark the sharpest public response from him on Tehran and continue a deadlock between the two nations. At one time, the President said that the United States would rejoin the Iran nuclear agreement, officially named ‘the Joint Comprehensive Plan of Action (JCPOA),’ once Iran completely obeys the pact again. Under the 2015 Iran nuclear deal, America and other world powers settled to lift economic sanctions against the Islamic Republic of Iran in return for limits on the nuclear program of the country.

Donald Trump, the former President of the U.S., pulled his country out of the pact in 2018 and reimposed those crippling economic sanctions. Whereas Biden revealed his plans to rejoin the pact. Previously, Iran announced in early January that it had recommenced advanced uranium enrichment in violation of the terms of the 2015 agreement. Last month, an international nuclear watchdog also told the United Nations that Iran started to make equipment used to produce uranium metal. It can be used to make the core of a nuclear warhead.

Supreme Leader Ayatollah Ali Khamenei expressed on Sunday that the Biden administration must lift sanctions before Iran meets its commitments under the nuclear agreements. In November, Iran’s foreign minister, Mohammad Javad Zarif, said that Iran would automatically return to its commitments if Biden lifts Trump’s imposed sanctions. After his confirmation, Antony Blinken, the Secretary of State, said that if Iran took the initial step and came back into compliance with the terms of the agreement as currently written, they would, too.

The parliament of Tehran passed legislation on 2nd December that involves significant increases in its nuclear activities at regular intervals if the demands of Iran for sanctions relief, including on its oil sectors and banking, were not met. Iran announced in January that it had recommenced enriching uranium up to twenty-percent purity, far beyond the limits laid out in the nuclear pact of 2015. Nuclear officials of Iran also increased enrichment capacity at the Natanz facility. Furthermore, Iran aired video footage on Monday that claimed the most powerful rocket engine using a system having the capacity to launch long-range missiles capable of endangering American allies in the Middle East and Europe or the United States itself.

The National Security Council of the United States (NSC) hosted a meeting on Friday to discuss the growing nuclear enrichment of Iran, part of a current policy review. Jen Psaki, the White House Press secretary, confirmed on her Twitter account and said it would not produce any decisions. “Today’s meeting is a part of an ongoing policy review. It is not decisional, and there are no pending policy announcements. They will consult with Congress and allies before making any decisions.”

It should come as no surprise that the National Security Council is hosting interagency policy meetings, including on a broad range of issues in the Middle East, including at the Principals level. The meeting today is part of an ongoing policy review. It is not decisional.

The U.S. is talking with its partners about Iran

The national security adviser, Jake Sullivan, tells reporters that the dialogs on the escalation in Iran are also happening between partners. Moreover, he said that the United States is busy in dialogs with European Union allies on a strategy toward Iran and believes it will produce a unified front. Sullivan said that the U.S. actively engaged with the European Union right now, specifically the three members of the P5+1, the United Kingdom, Germany, and France.

The United States is talking to them at several levels of the government; those consultations, she thinks, will produce a unified front when it comes to the U.S. strategy towards Iran and towards dealing with negotiation around the nuclear file. According to the data provided by the White House, Biden discussed the Iran issue with foreign leaders since holding his designation. It is the decision that Biden and his administration need to take. Whether they want to want to break with the policies of Trump or whether they want to build on his failed policies. If President Biden builds on his predecessor’s failures, he will only get losses as a result.