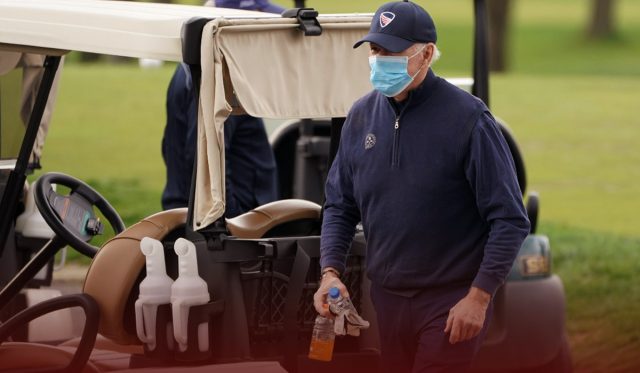 On Saturday, Joe Biden, the President of the U.S., will raise the cap on the number of refugees admitted in 2021 to the United States, one day after he faced criticism from Democratic legislators for agreeing to sustain the historically low number in place. The president signed an order on Friday extending a fifteen thousand refugee admissions cap issued by the former president and his predecessor Donald Trump through the September end. However, while signing the order in February, Biden canceled a previously announced plan to raise the cap to sixty-two thousand and five hundred.

On Saturday, the American president told reporters that he would go beyond the fifteen-thousand limit. He said to increase the total number. The administration could not do two things simultaneously, so now they have plans to increase the number. Refugee advocacy groups and representatives criticized Biden after his decision. Jen Psaki, the White House Press Secretary, announced plans on Friday to set a concluding, increased refugee cap for the rest of the 2020-2021 fiscal year by 15th March.

This is just the beginning. This step lifts the restrictions put in place by prior Administration on where refugees can come from. We need to rebuild resettlement program and we are committed to continuing to increase refugee numbers. https://t.co/MGtR6ijdam

The President’s order to Limit Admissions to 15,000 was a Blow to Advocacy Groups

The order of Joe Biden to restrict refugee admissions to fifteen thousand was a setback to advocacy groups that wanted him to reverse the refugee policies of the Republican President Donald Trump, who previously set the number in part as a move to limit immigration. Moreover, the program for admitting more refugees is different from the asylum criteria for migrants. The number of Refugees must be assessed while still overseas and cleared for entrance into America, unlike migrants who arrive at the country’s border and then request asylum.

Republicans blamed Biden for the Situation at the Border

A U.S. official familiar with the affair previously told Reuters that the cautious approach of Biden appeared to tie with the concerns over the optics of accepting more refugees at a time of increasing numbers of migrants arriving at the Mexico-United States border and to not wanting to look softly or too open.

Furthermore, on Friday, Psaki said that the initial aim of Biden, such as 62,500, seems unlikely – given the devastating refugee admissions program they inherited from the previous government. Republican leaders blamed Biden for the current situation at the U.S.-Mexico border, faulting his moves to reverse other insistent immigration policies of the former president.

Joe Biden took office intending to set a new course for the United States immigration policy, including a more concerned approach. However, his preliminary decision to leave in place the caps went against his promises during the presidential election campaign of 2020.