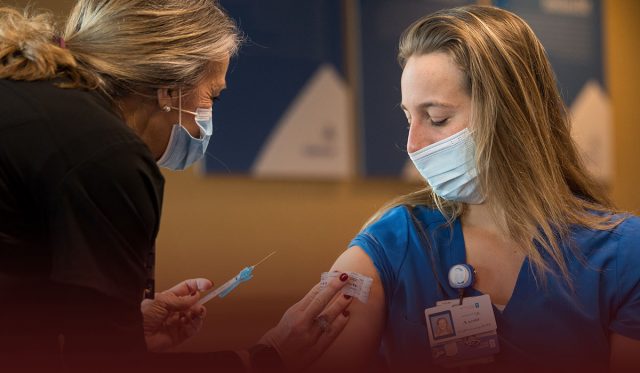 On Wednesday, the United States pledged to acquire half a billion more-coronavirus vaccine doses to donate to other nations as it comes under growing pressure to share its supply with the rest of the world. Joe Biden, the U.S. President, made the announcement during a virtual conference intended to boost worldwide vaccination rates against the COVID-19 and gather world leaders to do more.

As he kicked off the summit, the president said that to combat the outbreak, the world needs to beat it everywhere, which included leaders from Indonesia, the United Kingdom, South Africa, and Canada, as well as Adhanom Ghebreyesus, the head of the World Health Organization (WHO). The president said that the pandemic raged since early 2020, killed over four million nine hundred thousand people globally.

The United States is proud to donate an additional 2.58 million doses of the Pfizer COVID-19 vaccine to the Philippines as part of the broader U.S. commitment to make available 500 million Pfizer doses to @gavi for distribution through #COVAX. Together, we can end this pandemic. pic.twitter.com/sW0Ei9eQ4H

The additional vaccine doses from the U.S. will bring the country donations to over 1.1 billion shots, far short of the five billion to six billion doses global health experts said needed by poorer nations. Delivery of the new tranche will start in January. According to health experts, rich nations didn’t do enough and criticized the U.S. specifically for planning booster doses for fully vaccinated Americans while much of the population of the world still doesn’t have access to vaccines.

Experts also said that the planned United States vaccine donations are welcome but insufficient and note the Pfizer coronavirus vaccine is hard to expand and administer in poorer nations, which lack sophisticated infrastructure for storing and shipping vaccine doses. Dean of the National Tropical School of Medicine at Baylor University in Texas, Peter Hotez, said that they would need six to nine billion doses of vaccines to vaccinate the developing countries.

Leaders from developing countries warned that vaccine hoarding by rich nations could lead to new COVID-19 variants. The U.S. president said that his country would provide around $370 million to support administering these vaccine doses and over $380 million to assist the Global Vaccine Alliance (GAVI) handle dose distribution in regions with the greatest need.

Moreover, the COVID-19 vaccines from BioNTech and Pfizer Inc will be made in the U.S. and shipped to low and lower-middle-income nations. A source having knowledge of the matter said the United States government would pay around $7 per dose. Over six hundred seventy thousand people died from coronavirus in the U.S., and the president made clear his priority to vaccinate Americans countrywide. However, the spread of the coronavirus Delta variant and anger about inequalities over vaccine distribution has raised pressure on the U.S. to do more.

Biden said for every single dose they administered to date in America, now they committed to do three doses to the rest of the world. In June, the Biden government decided to acquire and donate five hundred million vaccine shots. Furthermore, under the terms of that contract, the U.S. will pay BioNTech and Pfizer about $7 per dose or $3.5 billion for the doses.

Vaccination Rates in Countries like Haiti are Less than 1%

GAVI statistics reveal that the COVAX facility delivered over 286 million coronavirus vaccine shots to one hundred and forty-one nations. However, in September, the organizations running the vaccine facility had to decrease their 2021 delivery target by approximately thirty percent to 1.425 billion doses. Above all, the vaccine rates in some nations like the Democratic Republic of Congo and Haiti are below one percent, according to the data of Reuter’s tracker.

Antonio Guterres, the United Nations Secretary-General, reproached world leaders on Tuesday to encourage them for the unfair distribution of coronavirus vaccines, describing it as offensiveness and giving the world an F in Ethics. Ivan Duque, the President of Colombia, said that delays in inoculations mean the world population will face new COVID-19 variants that may attack with greater ferocity. Further, he said that the international community requires solidarity, so hoarding can’t exist in the face of the needs of others.

The high-level virtual meeting also addressed the issues such as the oxygen shortage, making medicines more available for the world, and preparing for any future pandemic. On vaccines, the Biden administration is backing a target of getting seventy percent of countries’ populations inoculated by this time next year. Distributions of the preliminary five hundred million vaccine shots started in August, and overall, one billion shots expected to deliver by the September 2022 end, according to a statement from BioNTech and Pfizer.

The vaccine shots will be made in the United States facilities of Pfizer and will be brought to ninety-two low- and lower-middle-income nations and the fifty-five member states of the African Union. On Wednesday, an association of pharmaceutical industry trade groups stated that international vaccine production is enough to provide booster shots in rich nations and donations to the developing countries in 2021.

In June, leaders from the Group of Seven big economies announced a plan to buy and donate one billion vaccine doses of coronavirus to poorer countries. That included the initial five hundred million tranches vowed by the U.S. In addition, the White House wants other rich countries to donate more vaccines, too. However, Jen Psaki, the White House spokeswoman, said that the rest of the world needs to accelerate the efforts and do more for the poorer world.