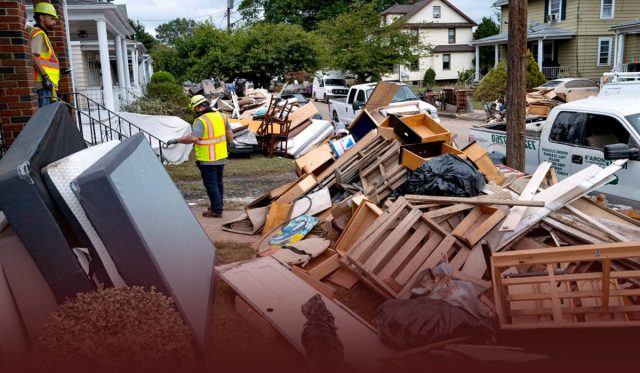 On Monday, Joe Biden, the President of the United States approved major disaster declarations and announced federal aid for the residents in five New York counties and six New Jersey counties that affected badly due to the devastating flooding last week from the remnants of Hurricane Ida. At least fifty people died in six Eastern states as record rainfall on 1st September overwhelmed sewer systems as well as rivers.

Some residents trapped in apartments’ fast-filling basements and cars or swept away as they tried to escape from the location. The deadly storm also produced several tornadoes. The White House said that the United States President Joe Biden, scheduled to visit New York City and New Jersey to review storm damages. Moreover, the storm took twenty-seven lives in New Jersey and thirteen lives in New York City.

I’m in New Orleans, Louisiana to see the aftermath of Hurricane Ida firsthand and to meet with state and local leaders from impacted communities. They have the full support of the Federal government to provide assistance as needed.

Phil Murphy, the Governor of New Jersey, toured flood-damaged regions of Lambertville on Labor Day. Further, he added that the president’s major disaster declaration will allow people to receive assistance, including funds for temporary housing and repairing aids for homes as well as low-cost loans to cover uninsured property losses. Last week existing emergency declaration enabled county, local, and state administrations to get compensated for disaster spending, according to the statement Murphy.

Kathy Hochul, the Governor of New York said that as per the initial evaluation the storm damage over twelve hundred homes and caused around fifty million dollars in damage to public property and infrastructure. Steven Fulop, the Jersey City Mayor said that the total damage to the city war was around thirty-five million dollars.

President’s disaster declarations cover Hunterdon, Somerset, Bergen, Passaic, Gloucester, and Middlesex counties in New Jersey and allow for individual aid for residents in Richmond, Westchester, Queens, Bronx, and Kings counties in New York. Murphy also said that he would be talking to the U.S. president during his visit about adding remaining counties to the major disaster declaration that faced big damages.

Murphy joined local and state officials on an in-person tour of Lambertville, passing residential homes with belongings piled outside as people spent their Labor Day clearing remains, assisted at one point with the help of a bulldozer. Additionally, the major disaster declaration could help people who lost their beloved ones in the deadly flooding.