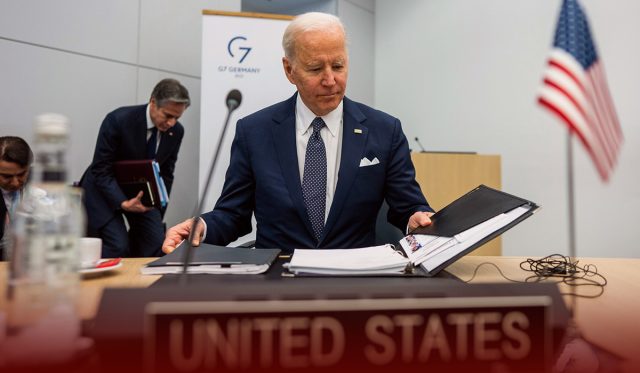 On Thursday, the U.S. President vowed that the United States would respond if Russia used chemical weapons to invade Ukraine. However, he announced that the nature of the response depends on the situation. During his talks at the NATO summit in Brussels, Belgium, the U.S. president declined to provide intelligence information about the likely threat of Vladimir Putin, the Russian President deploying a chemical weapon in Ukraine.

The G-7 and NATO members met in Brussels to discuss the Ukraine war, and President Biden announced a new wave of sanctions on Russia. The sanctions targeted all 328 Russian representatives and several state-owned firms. pic.twitter.com/6s4WgMnOjv

Biden is in Europe for dialogs with allies, and his remarks came on an exceptional day of emergency talks in Brussels, where the leaders of the West showed a united front against the Russian invasion. Furthermore, the U.S. leader is traveling to Poland today, where over two million Ukrainian nationals fled from the war. Finally, Biden signaled that the use of chemical weapons by Russian forces in Ukraine would prompt a military response from NATO forces.

Deal of U.S. with the European Union

President Biden expected to announce a significant pact with the European Union on liquified natural gas to cut Europe’s dependence on Russian energy. The deal would see the U.S. provide the European Union with at least fifteen billion further cubic meters of fuel by the year-end. Biden also said that he would support calls for Russian dismissal from the G20 group of rich countries. However, he said that the decision would depend on the views of other group members.

After a Friday meeting with Ursula von der Leyen, European Union Commission President in Brussels, President Biden will head to Poland. Biden will travel to Rzeszow, close to the Ukrainian border, where he will meet the refugees of Ukraine. The U.S. leader announced the United States would take in up to one hundred thousand Ukrainians and provide another £756 million ($1 billion) in medicine, food, water, and other supplies. Over 3.6 million Ukrainian refugees fled the country since the attack started, including over 2.1 million to Poland.