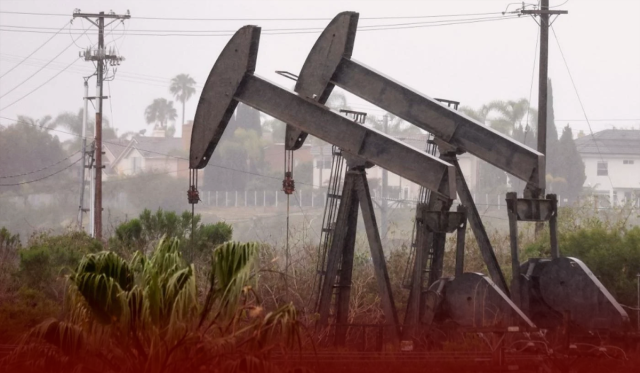 U.S. President Joe Biden announced the release of fifteen million barrels of oil from the country’s strategic reserve in response to the recent contentious OPEC+ production cuts, which have drawn scorn in Washington during the lead-up to next month’s midterm elections in the U.S. In response to the energy concerns associated with the Russian occupation of Ukraine, Biden announced Wednesday afternoon that this drawdown completed the release of 180 million barrels that his administration approved in March.

Biden announced releasing a further 15 million barrels of oil from the US strategic reserve to keep gas prices in check ahead of next month’s midterms after the OPEC+ group of oil-producing nations announced production cuts earlier this month.#Biden #USstratgicReserve #midterms pic.twitter.com/GJAS5FbCme

A White House statement earlier in the day indicated that 15 million barrels would be delivered in December. “In today’s announcement, I intend to continue stabilizing markets and decreasing prices in a time of such volatility caused by the actions of other countries,” Biden told reporters. Initially referred to as a “wartime bridge” when Washington and its allies embargoed Russian oil and gas imports over the invasion of Ukraine, the release of oil and gas in the past few days has brought the U.S.’s strategic reserve down to its lowest level since 1984.

On Wednesday, approximately four hundred million barrels of oil were left in reserve, which is made up of four sites with deep underground storage caverns and built-in salt domes around the coasts of the Gulf of Mexico in Louisiana and Texas. A spokesperson for the White House has announced that the U.S. government will replenish the strategic reserve when gasoline prices are at or below $67 to $72 per barrel, indicating there may be further releases during the U.S. winter to combat rising prices.

His administration has accused oil companies of taking advantage of the worldwide energy supply shortage by maintaining higher pump prices than they should, which Biden again criticized Wednesday. In my correspondence with the American energy companies, I would like to convey the following message: do not use your profits to buy back stock or distribute dividends, Biden said. It is not appropriate to do so currently, not while war is in progress. Instead, in his remarks, the president urged companies to capitalize on these record profits by increasing production and refining.

A strategic reserve release is an important part of Biden’s efforts to reduce the U.S.’s dependence on fossil fuels and replace them with more renewable energies. The president has avoided opening more federal lands to drilling, permitting pipeline construction, and raising corporate taxes, despite pressure from the oil industry, as production has remained below pre-COVID levels. In his news conference on Wednesday, Biden called for lawmakers to pass reforms that will assist in alleviating roadblocks to domestic clean energy production.

He explained that obtaining approval for clean energy projects is difficult and time-consuming. Therefore, Biden has requested Congress to pass a permit bill to expedite the support of all types of energy production, including wind, solar, and clean hydrogen. During the November 8 midterm elections, Biden’s Democratic Party has been reeling due to high energy prices, particularly at the petrol pump. During these elections, the composition of the U.S. legislature will be determined, which will significantly affect the president’s ability to accomplish his objectives.

Earlier this month, the American Automobile Association (AAA) reported that the average price of gasoline in the United States exceeded $5 per gallon for the first time. Currently, the average cost of gasoline is approximately $3.87 per gallon. In early October, OPEC+ announced production cuts, and the White House said Saudi Arabia – one of the leading players in the alliance – would suffer “consequences” as a result. In terms of global supply, the cuts are expected to reduce global production by two million barrels a day, or two percent of the current supply.

However, in July, Biden took part in a meeting with Saudi Arabia’s de-facto leader Crown Prince Mohammed bin Salman in Jeddah. However, it was perceived that Saudi Arabia was snubbing Biden with its decision. Consequently, high oil prices are likely to negatively affect consumers in Western countries, undermining their attempts to punish the Russian leader with economic sanctions for his invasion of Ukraine.