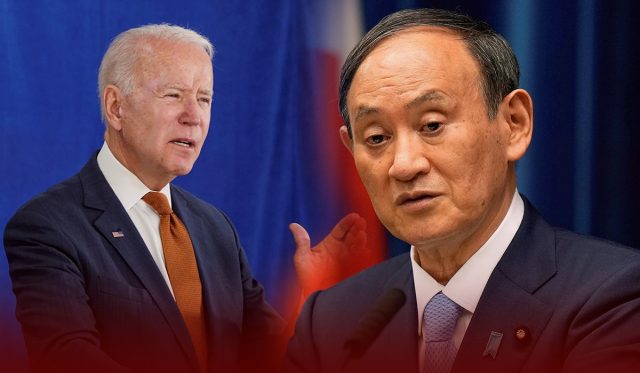 Joe Biden, the President of the United States, will virtually meet new Japanese leader Kishida Fumio on Friday, as the highly contagious Omicron variant of the COVID-19 continues to rise worldwide. On Sunday, the White House said that the online meeting would take place to highlight the strength of the American Japanese alliance.

Both nations aim to deepen ties in the face of the mounting Chinese military and economic influence in the region. Last April, the U.S. President met in person with Japanese then-Prime Minister Yoshihide Suga, who reached Washington for dialogs. Moreover, the Liberal Democrats picked Kishida and is purely a Democratic choice.

US President Biden will virtually meet with the newly elected Japanese Prime Minister Kishida Fumio on Friday to strengthen the ties between both countries. Both leaders will be meeting for the first time to discuss the Chinese rising economic and military clout in the region. pic.twitter.com/kxsbnR4x9I

Jen Psaki, the White House Press Secretary, expressed that the U.S. President was looking forward to working with the Japanese Prime Minister to advance the shared vision of both countries for an open and free Indo-Pacific and to expand close collaboration on critical matters such as addressing the climate catastrophe, Coronavirus, and uniting on emerging and innovative technologies.

The U.S. and Japan Mutual Vision

Both nations seek to deepen their diplomatic ties further. The meeting between both leaders will highlight the strength of the United States-Japan alliance, which is the cornerstone of security, stability, and peace in the Indo-Pacific and across the world. American president anticipates working with Kishida to advance both nations’ mutual vision for a peaceful Indo-Pacific region.

Japanese Chief Cabinet Secretary Hirokazu Matsuno echoed the view, expecting the two leaders to confirm the importance of a closer U.S.-Japan alliance and cooperation to respond to the global issues, like efforts toward a world without nuclear weapons. During a press conference, Matsuno stated that Japan hopes the first virtual meeting in 2022 between both countries’ leaders will serve as an occasion to demonstrate to the world the unwavering bond under the Japan-United States coalition and take it to a higher level.

The U.S. President and Japanese Prime Minister had a phone call in October. Soon after, Kishida was elected in parliament to lead the country to replace Yoshihide Suga, who resigned after just over a year in office. Kishida was hoping to hold an official two-sided in-person meeting with Biden at an early date, but it apparently became difficult because of the revival of the COVID-19 in both nations amid the highly transmissible Omicron variant.

Read Also: Biden to Pick Rahm as Ambassador to Japan