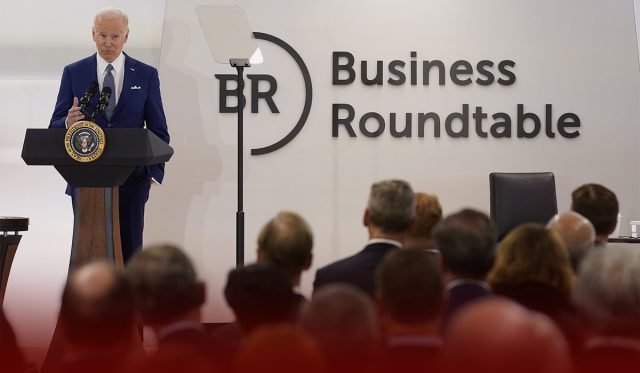 On Monday, the United States President Joe Biden urged American companies that Russia is exploring the possibility of prompting likely cyberattacks against them in retaliation for economic sanctions slapped on Moscow for its aggression against Ukraine. Some days ago, he shared a statement in which he encouraged private sector companies in the U.S. to bolster their cybersecurity against a possible breach by Russia.

Further, the president added that it is part of the Russian playbook. According to Biden’s deputy national security adviser for cyber & emerging technology, Anne Neuberger, at present, his government has no evidence of any credible likely cyberattack against the U.S., but rather preliminary activity targeting critical infrastructure. Addressing CEOs of private businesses at their quarterly meeting, the president told the corporate leaders they had a partisan obligation to tighten their security systems against such attacks.

Furthermore, Biden said that federal assistance and support are available if they want it, but everyone is free to make their own decision. The president said the government issued new warnings that Moscow may be planning a cyberattack against the U.S. based on growing intelligence, so the magnitude of Russian cyber capacity is fairly significant, and it is coming. Biden said that his administration is doing its job to prepare for a suspected attack and warned CEOs of the private sector to do the same because it is also in the national interest.

Neuberger said that recently, the government observed preliminary activity for possible hacking of American infrastructure, and it shared the information with companies in a classified briefing last week. So, companies should perform activities such as scanning websites for vulnerabilities. In addition, the federal security adviser made clear there was still an active risk of Russian hacking against the critical U.S. infrastructure, including hospital systems and oil and energy companies.

Last week, the White House briefed over a hundred companies in the U.S. on the best ways to defend against any potential cyberattack. Additionally, the government ordered companies on Monday to strengthen their cyber defenses instantly. It recommended the necessary measures to ensure offline backups of their important data, enable multifactor authentication, and educate workers on hacking methods.

In a statement, Biden said that you have the authority and the responsibility to harden the cybersecurity and resistance of the critical technologies and services Americans rely on. Neuberger noted that Moscow is still performing cyber activity against Ukraine. Mykhailo Fedorov, the minister of digital transformation of Ukraine, said in mid-February that a cyberattack that month against the websites of the army and defense ministry, in addition to the interfaces of the two largest banks of the country.

Around one year ago, the U.S. accused the Foreign Intelligence Service of the Russian Federation or SVR RF of the 2020 SolarWinds attack on federal servers, as well as a broad sweep of the public sector and slap sanctions. Darkside, a criminal group, originating from Russia, believed to be behind a ransomware cyberattack on the Colonial Pipeline, an American oil pipeline system.