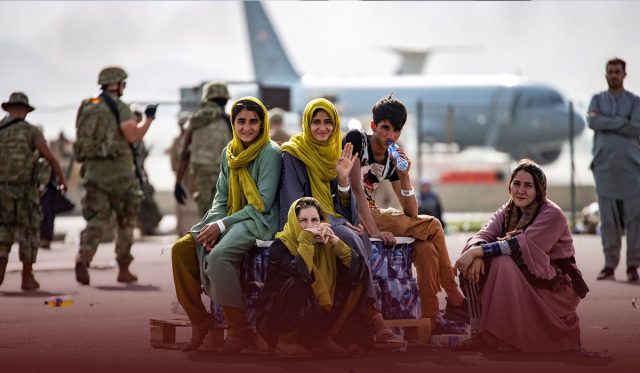 On Wednesday, Antony Blinken, the United States Secretary of State, urged the Taliban government to allow charter flights to depart from Afghanistan, as charter planes carrying American nationals and vulnerable Afghans reportedly stuck at Mazar-i-Sharif International Airport. During a news conference with German Foreign Minister Heiko Maas in Germany, Blinken said that the Taliban insurgents are not allowing charter flights to depart. Moreover, the Taliban government claims that some of the passengers don’t have the necessary documentation.

“As of now, the Taliban are not permitting the charter flights to depart. They claim that some of the passengers do not have the required documentation,” said Blinken.

The top United States diplomat said that the end result is: Those charter flights need to be able to depart, and the U.S. officials will work every day to make sure that they are able to do that. According to some reports, the Americans and at-risk Afghans are stuck at Mazar-i-Sharif airport in northern Afghanistan. Some outgoing flights coordinators blamed the State Department of the country for not doing enough work to facilitate their departure.

In a tweet, Richard Blumenthal, a Democratic Senator Richard Blumenthal, said that he has been energetic and even intensely frustrated at the Biden government’s delay and inaction. There will be a lot of time to seek responsibility for the unforgivable administrative red tape that beached several of our Afghan allies.

“More than 34,000 people arrived here on their way to their next destination,” @SecBlinken thanked Germany for helping with the evacuation. #Afghanistan pic.twitter.com/QoQdZMLZNr

How could the U.S. Press Taliban do more?

Journalists asked White House press secretary Jen Psaki how the United States could force the Taliban government to do more? He responded that the U.S. does not has a role in stopping flights from taking off because it is not on the ground. However, she said, several aircraft may have some Americans on board, along with many unidentified or unvetted hundred others, and there is an important question about where they will land.

Washington is working with international allies to pressure the Taliban to follow through on its promise to allow safe passage and freedom of travel for everyone who decides to leave Afghanistan. According to the State Department, the United States is also in direct communication with people and the Taliban to ease cross-border travel. In addition, Maas and Blinken held dialogues on Wednesday with a group of allies and partners to discuss the current situation in Afghanistan, including efforts to continue the flow of humanitarian support to the Afghans after the seizure of the Taliban.

Moreover, the new Taliban-led government includes Sirajuddin Haqqani as the interior minister of Afghanistan, and he is the head of the Haqqani network. Mass said on Wednesday that the announcement of the provincial government from the Taliban without the contribution of other groups such as women and yesterday’s violence against protestors and journalists in the Afghan capital are not signals that give optimism.