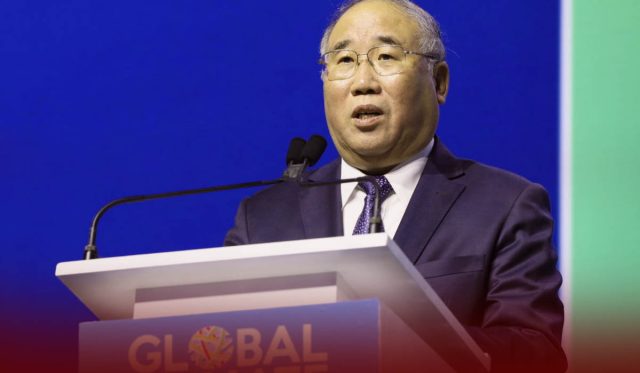 China and the United States, the two largest carbon emitters of the world, revealed an agreement to intensify cooperation combating climate change. With their decision, they both surprised the COP26 climate summit, and the deal also included collaboration to reduce methane emissions, phase out coal and protect forests. Xie Zhenhua, the Chinese special climate envoy, and his U.S. counterpart John Kerry announced the framework deal at the United Nations climate conference in Scotland.

#US, #China agree on boosting climate cooperation in joint statement.

▪️The two countries released a joint declaration at the COP26 summit, promising to “recall their firm commitment to work together”, attended by climate envoys John Kerry and Xie Zhenhua. pic.twitter.com/LxmiWbtYng

At a press conference, Zhenhua said that there is more deal between China and the United States than divergence, making it an area of vast potential for cooperation. Further, he added that the release of the mutual statement shows that cooperation is the only option for both countries. By working together, China and the U.S. can achieve several important things that are beneficial for both nations and the whole world.

What about the Global Methane Pledge?

Xie didn’t commit his country to the Global Methane Pledge, which has been led by the European Union and the United States and obliges participants to reduce methane gas emissions by around a third. He also didn’t commit China to any other major international deals, saying China sought differentiated responsibilities. Additionally, he said that China intends to develop its own state plan for methane emissions.

Xi concluded that the United States and China commit to making cooperation more practical and solid and building on institutions and proper mechanisms. Both nations intents to develop a working group on enhancing climate action in the 2020s. He called for stepped-up efforts to cover the significant gap that remains to achieve the goal.

In 2015, during the Paris Climate Conference, world leaders vowed to keep the world from warming by cutting emissions between 1.5C to 2C through sweeping. American President Joe Biden and Chinese President Xi Jinping are expected to hold a virtual summit as soon as next week. Both countries are seen as international rivals on several issues.

In Wednesday’s mutual climate deal declaration, there were some steps agreed on many issues, including the transition to clean energy, methane emissions, and de-carbonization. However, earlier this week, Chinese officials refused to join a deal to limit methane gas. Around a hundred other countries signed the agreement. On the other hand, China is unwilling to address its national coal emissions in the short term.

Jennifer Morgan, the Executive Director of Greenhouse International, welcomed the declaration between China and the United States. But, instead, she warned that both nations needed to show their long-term and greater commitment to reaching climate goals. She also said that both countries’ statement ultimately falls short of the call by the climate-vulnerable nations demanding that countries come back to the dialogue table every year with huge ambition until closing the 1.5C gap.

European Union climate policy chief Frans Timmermans said it was really inspiring to see the U.S. and China working on the same page to combat the climate crisis. It also shows that China and the United States know this matter rise above other issues. Similarly, the United Nations Secretary-General Antonio Gutters said the announcement was a crucial move in the right direction.

Megatons of CO2 per year

Other Developments of COP26 Climate Summit

The following are some other developments at the COP26 climate conference:

Last week, President Biden criticized President Jinping for not turning up to the climate conference in person. Biden added that the fact that China is trying to proclaim, reasonably, a new role globally as a world leader – not showing up, come on. He also said that Jinping’s absence was a big mistake.

China, the biggest coal consumer globally, didn’t sign on to a statement at the COP26 summit committing to phase out the coal use. Similarly, the United States and China declined to sign on that statement. These countries are the three most significant emitters of the world and the biggest consumers of coal.