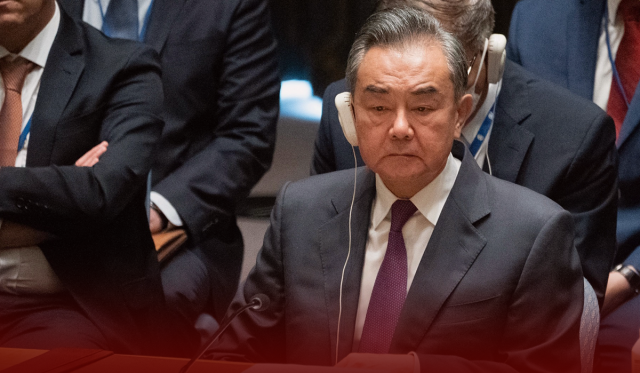 India and China have demanded a negotiated end to the conflict in Ukraine at the United Nations. However, they have fallen short of robust support for their traditional ally Russia. The Russian Foreign Minister Sergey Lavrov delivered a fiery rebuke at the UN General Assembly on Saturday for the Western nations’ “grotesque” campaign against Russians after a week of pressure.

India and China call on the world to find a negotiated solution to the Ukraine conflict. Chinese Foreign Minister Wang Yi has called upon it Russia and Ukraine to make sure that the crisis does not spill over and does not affect developing countries.#Russia #China #Ukraine pic.twitter.com/8RQtOWXTHm

As a result, Chancellor Kwasi Kwarteng announced historic tax cuts that exponential increases in borrowing had financed. The pound has also been under pressure as the US central bank increases interest rates. In Asian morning trade, the euro also fell to its lowest level in 20 years against the dollar as investor concerns mounted over the possibility of recession as winter approaches. Moreover, the energy crisis and the war in Ukraine appear to have no signs of ending.

If the British pound stays at this low level against the dollar, importing commodities priced in dollars, including oil and gas, will be more costly. There is also a possibility that other products from the United States will be significantly more expensive. British tourists visiting America will find their holiday funds are not going as far as they did before the sterling’s slide. The Chancellor of the British government, Kwasi Kwarteng, announced a significant reform of the UK’s tax system on Friday.

The plans, which he called “a new era for the economy,” include reducing income taxes and stamp duties on home purchases and canceling plans for business tax increases. Kwarteng said a fundamental change in direction was necessary to restart the economy.

On the other hand, Labor claimed that it would not solve the cost-of-living crisis and would only reward those already wealthy. In an interview with BBC News yesterday, Kwarteng stated that he would continue to cut taxes to increase the UK’s economic growth. In preparation for opening financial markets in the UK, Europe, and the United States later Monday, investors will closely monitor developments about the pound.

Wealthi’s co-founder, Peter Escho, stated: “All currencies are weakening against the US dollar, so there is a considerable amount of US dollar strength. However, news that the new government intends to cut taxes has further aggravated the pound’s decline. He continued, “Add to that the recent energy subsidy and the possibility of an emergency rate hike by the Bank of England, and this all contributes to the panic that has taken hold.” As a result, several investors believe the Bank of England will be forced to take immediate measures to reverse the downward trend of the pound.

As a temporary measure, the Bank of England may have to resort to whatever it takes to reduce inflation. A rate hike may be implemented as soon as this week to regain credibility in the market at an emergency meeting. “Stephen Innes, the managing partner at SPI Asset Management, told the BBC that they may even see an increase in the interest rate today.”