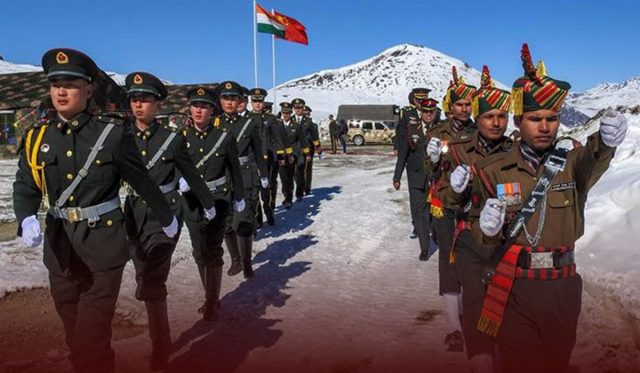 India and China paid tributes to their soldiers this week who died one year ago in a Galwan clash over both countries’ disputed Himalayan border. The Indian government released a video song honoring the twenty Indian soldiers killed in the conflict in the Galwan Valley. On the other hand, the Xinjiang military region in China arranged a low-key remembrance of its four deaths as part of anniversary events for the Communist Party.

The First Anniversary of the Deadliest Clash between China and India

The 1st anniversary of the deadliest encounter in the last some decades between the Chinese and Indian forces was a chance to remember the fatalities. International and defense relations analysts said it was also time to work together to prevent a repetition of the incident. However, the trust needed to be rebuilt between both countries on several fronts for that to happen.

Indian and Chinese forces progressively cut off from the Galwan area since their soldiers attacked each other with stones and clubs one year ago. There were some signs that China was trying to avoid escalating further tension, specifically around the first anniversary, according to a researcher from the Yuan Wang military science & technology institute in Beijing, Zhou Chenming.

Zhou further said that the low-profile memorial specifies that China does not want to provoke national hatred with India, a susceptible wound that lasted for some decades. He adds that provoking state hatred will only lead bilateral relations to a dead end. But according to an ex-lieutenant general of the Indian military, Deependra Singh Hooda, the risk of conflict continues.

Galwan Clash Changed the Atmosphere Surrounding Relations of both Countries

A senior fellow at the Center for International Security & Strategy at Tsinghua University in Beijing and ex-Chinese senior colonel Zhou Bo said that the Galwan dispute changed the overall atmosphere surrounding bilateral relations between China and India, destroying the trust that had built up.

Yet, both countries would obey agreements reached between 1993 and 2013, limiting the number of weapons and troops deployed to the areas around the border, and it was a positive sign. According to an ex-Indian envoy and former ambassador to China, Vijay Nambiar, one of the issues to overcome is the belief among several researchers in India that the People’s Liberation Army strategically planned the Galwan clash.

Both Zhou Chenming and Zhou Bo rejected the claim and said that China wouldn’t initiate any border clashes because China didn’t want to divert its attention from the current competition with its main rival, such as the United States. In the one-month conflict of 1962 with China, India faced a humiliating defeat, with over thirteen hundred dead and approximately seventeen hundred missings, along with someone thousand wounded.

Around seven hundred People’s Liberation Army soldiers died and fourteen hundred wounded, prompting both countries to reach a provisional agreement along the unofficial Line of Actual Control without specific borderlines. Zhou Bo agreed that both nations could take another step to establish buffer zones in the riskiest areas along the LAC. The time is now to find a proper answer, according to Hooda.