Home Updates China sent 38 Warplanes into the Skies near Taiwan 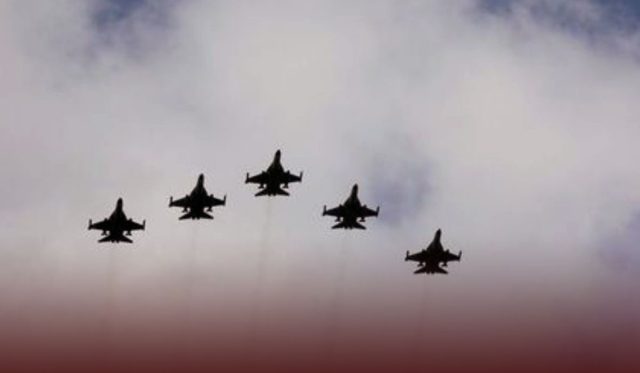 On Friday, China sent over three dozen warplanes in skies across Taiwan, the largest number of Chinese military aircraft to breach the Air Defense Identification Zone of the island in just one day since Taipei started publicly reporting these types of activities last year, according to the statement of Defense Ministry of Taiwan. Moreover, the Defense Ministry said that the People’s Liberation Army Air Force (PLAAF) warplanes came in two waves.

ACCORDING TO THE DEFENSE MINISTRY TWEET, twenty-five PLAAF aircrafts breached the southwestern corner of the Image result for the Air Defense Identification Zone during daylight hours, and another thirteen warplanes entered the southwest ADIZ of the island on Friday night.

In the afternoon, the Chinese aircraft’s sortie stayed in the extreme southwestern part of the ADIZ. While the planes in the evening flew through the defense zone and connected toward the northeast before reversing route and returning to the mainland of China, the ministry added. It further said that the twenty-five PLA aircrafts involved in the daylight invasion included eighteen J-16 fighters, four Su-30 aircraft, two H-6 bombers, and one Y-8 anti-submarine warfare plane.

Did the incursions Violate the sovereign airspace of Taiwan?

The Chinese plane incursions didn’t violate the sovereign airspace of Taiwan, which extends twelve nautical miles from its coast. The United States Federal Aviation Administration defines an Air Defense Identification Zone as a designated area of airspace over land or water within a nation that requires the instant and positive identification, air traffic control, and location of the plane in the interest of the national security of the country.

Moreover, the past single-day record for the People’s Liberation Army Air Force flights into the ADIZ of Taiwan was in June, when twenty-eight warplanes entered there. The Friday incursion came as China celebrated seventy-two years of its independence. A former United States Defense Department official, Drew Thompson, tweeted that this is how the People’s Liberation Army chose to celebrate its National Day – military coercion.

He told CNN that PLA incursions are pretty routine at this stage, but speeding up bomber flights on a major People’s Republic of China holiday highlights that it is a political conflict and part of a huge coercion campaign. Instead, Chinese President Xi Jinping refused to exclude military force to capture Taiwan if necessary.

Xi Jinping instructed the PLA to intensify its readiness and get ready for warfighting under realistic fighting conditions. Therefore, it is relatively predictable that the PLA continues to fly into ADIZ of Taiwan as part of genuine training and homework for armed conflict. Mainland China and Taiwan overseen separately since the end of the civil war over seven decades ago, in which the beaten Nationalists fled to Taipei.