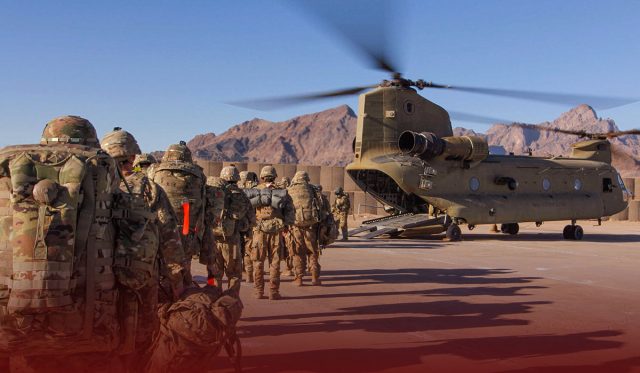 Security analysts and Military officials anticipate the United States forces’ pullout from Afghanistan as an opportunity for Moscow and Beijing to compete for influence there.

During an interview with VOA broadcast on Tuesday, Gen. Frank McKenzie, the commander of US Central Command, said that Afghanistan is evidently a place of interest for Beijing.

McKenzie said while perceiving China’s belligerent determination to build infrastructure across Asia, and beyond that anywhere they see those projects across the Middle East, that is where in fact, countries susceptible. CENTCOM head ponders Afghanistan is going to be one of those parts as they move forward.

We are hearing that all the U.S forces will be gone from Afganistan by this July. Taliban has seized 32 additional districts since May 1st: @Brad_L_Bowman, Sr. Director, CMPP #TheTalibanThreat

A former CENTCOM head Ret. General Joseph Votel told in an interview with VOA that it should be no surprise that both Moscow and Beijing would want to fill the void created by American forces pullout.

Joseph Votel said that they should anticipate observing more of that, adding that as US military presence is reduced, America must ensure that their diplomatic house is in order through confirmed envoys and well-resourced, in-country Department of State teams that could defend and support American interests.

Beijing opposed the American invasion of Afghanistan about two decades ago, but now also opposes a fast US pullout which, China says, could leave the nation in even more disorder.

Chinese support for the ‘Belt and Road’ Initiative

China’s Foreign Ministry spokesperson said that the sudden past declaration of complete troops pullout from Afghanistan has led to a series of explosive attacks throughout, deteriorating the security circumstances and threatening stability and peace, and people’s safety and lives.

Chinese support for the ‘Belt and Road’ Initiative across Afghanistan could permit China to create an overland link to the China-Pakistan Economic Corridor, which connects a strategic port on the Arabian Sea to highways that lead North across the Himalayas.

An Afghanistan veteran and a Chinese Defense expert for the Foundation of Defense of Democracies, Bradley Bowman, said that the American pullout would be a blessing for the regional interests of China.

According to the Director-General of the Russian International Affairs Council, Andrey Kortunov, there are two central issues of interest to China and other neighbors of Afghanistan as American forces pullout.

Writing in the Chinese Communist Party-backed newspaper, The Global Times, Andrey Kortunov said that these are maintaining Afghanistan from becoming an Islamic Emirate which afterward global terror groups such as Al-Qaeda and ISIS could use to plan their harmful, disruptive operations in the region, and halting its narcotics’ production and export.