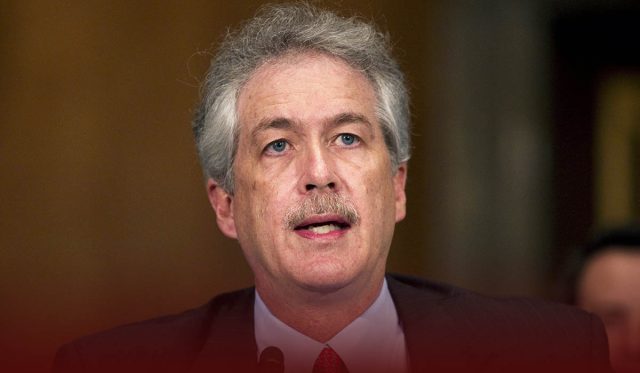 According to two United States officials, William J. Burns, the Director of Central Intelligence Agency (CIA), met in person with the top leader of the Taliban in Kabul on Monday. However, the U.S. government continues airlifting American nationals and its Afghan allies out of Afghanistan by an approaching 31st August deadline.

The Biden government official said they have regular contact with Taliban leaders in Afghanistan and Dohan, Qatar, during the evacuation procedure. However, the Washington Post first reported the secret meeting between the director and Taliban deputy leader Abdul Ghani Baradar. The United States official briefed CNN on the matter.

According to the official, the dialogue emphasizes the view inside the government that they need a stronger understanding of where the Taliban stands on various issues as the deadline is looming to withdraw troops from Afghanistan. On Tuesday, a source familiar with the matter told CNN that the government of Qatar helped to facilitate the meeting between Baradar and Burns.

Moreover, the source added that the meeting on Monday signifies the important role of the Qatar government for the future of Afghans. The United States official told CNN that the meeting happened at the orders of U.S. President Joe Biden, which echoes the view inside the government that the CIA director is the most seasoned and one of the most reliable expert diplomats on the president’s team.

Taliban Spokesman and CIA Director Declined to Comment about the Meeting

Zabiullah Mujahid, the spokesman of Taliban, said during a news conference in Kabul the Taliban can’t confirm that group’s top leader met with CIA director Burns, but they are meeting with all embassies in Kabul. The CIA also declined to share remarks with CNN. Furthermore, the United States evacuated tens of hundreds of people from Kabul airport who are fleeing Afghanistan as the Taliban insurgents took control of Kabul. However, the process is deadly and chaotic.

The Taliban spokesman told CNN that the United States must stick to removing troops from the country by this date. In the other case, it will be an open violation. Further, he added that in case of delay, Taliban leadership would take necessary and appropriate decisions. Likewise, the militant group described 31st August as a red line and threatened outcomes of the U.S. moves to delay the withdrawal.

On the other hand, the U.S. president is facing external pressure from the foreign allies to the extent of the timeline/deadline. Previously, CNN reported that the United States military is advising Joe Biden that he must decide by Tuesday whether to extend the deadline beyond 31st August. While Biden has still to comment on the move publicly. In addition, the Biden government has been dependent on the militant group to cooperate with the evacuation process.

Jake Sullivan, the national security adviser, stated on Monday that the United States is in dialogues with the Taliban leaders on a daily basis through security and political channels. Last week, Baradar returned to Afghanistan after the Taliban militants recaptured Kabul. He was out of Afghanistan for twenty years.

Historic Agreement between U.S. and Taliban

Then-Secretary of State Mike Pompeo and Baradar were among the witness to the signing of a deal between the Taliban and the United States last year, which set the stage for the American troops’ withdrawal from Afghanistan. After signing the deal, Baradar, the chief negotiator of Taliban, spoke with former U.S. President Donald Trump over the phone call.

Democratic Representative Jim Himes, a member of the House Intelligence Committee, said that if anyone knows how to establish relationships, how to negotiate, how to achieve good outcomes, it’s Burns. Himes further added that the meeting between Baradar and Burns is possibly a good thing because the United States is obviously in a situation that is too much tough on the ground there.