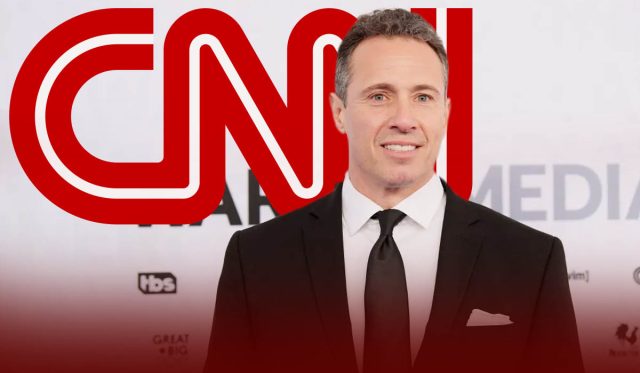 On Saturday, CNN terminated anchor Chris Cuomo after an outside law firm retained to review info about strictly how Cuomo assisted his brother, ex-New York Governor Andrew Cuomo when then-governor faced the allegations of sexual harassment. On Tuesday, the network suspended Cuomo indefinitely. According to a source familiar with the matte, CNN retained law firm submitted its findings on Friday.

Staffers and the producers who work on Cuomo Prime Time will remain in place. Cuomo’s regular substitute, Michael Smerconish, will host the 09:00 pm Eastern hour week. Furthermore, CNN stated that it suspended Cuomo earlier this week, pending additional evaluation of the latest information that came to light about his involvement with the defense of his elder brother. The network added that they retained the respected law firm to conduct the review and terminated him immediately.

This just in from CNN. The network has fired anchor Chris Cuomo after discovering evidence that he improperly aided his brother Andrew Cuomo during a sex harassment scandal. pic.twitter.com/OvWrtbjTYd

Chris Cuomo About his Termination

CNN’s statement added that while in the process of that review, further information has come to light. The news network also assured to investigate as appropriate despite the termination. On his termination, Cuomo states that this is not how he wants his time at CNN to end, but he already told everybody why and how he helped his brother. Nevertheless, he called it a disappointing moment for him.

Further, he said that he couldn’t be more proud of the team at Cuomo Prime Time and their work as the number one show of CNN in the most competitive slot. He owed them all and announced to miss the group of notable people who did significant work. The New York Times reported some hours after the announcement of CNN that a lawyer, Debra Katz, told the network of an allegation of sexual misconduct made against Chris Cuomo by a client of hers.

According to the Times, the client is an ex junior colleague of Cuomo at another network. Katz didn’t immediately comment on the request. However, his spokesperson responded by saying these apparently anonymous sexual claims are false. On the other hand, CNN spokesman stated that based on the report they received about the conduct of Chris with the defense of his brother, they had cause to terminate. When new accusations came to the network this week, the administration took them seriously and saw no reason to delay taking instant action.

In August, Chris’ brother resigned as a governor after the allegations, and the channel pointed him out to report not on his brother’s sexual harassment scandal. CNN also warned him to don’t interfere in the channel’s coverage. When the scandal erupted, Chris acknowledged that he tried to be there for his brother. He said that he was not an adviser, but he was a brother, and he was not in control of anything.

CNN management backs Cuomo, and ‘Cuomo Prime Time,’ usually the highest-rated show of the network, and it stayed on the air during the controversy. Some network staffers were angry at Cuomo and his violations of journalistic norms. After the release of documents on Monday, the news Network management said they reviewed thousands of pages of additional exhibits and transcripts over the next many days. Afterward, on Tuesday evening, CNN indicated the seriousness of the content to suspend anchor on merit.