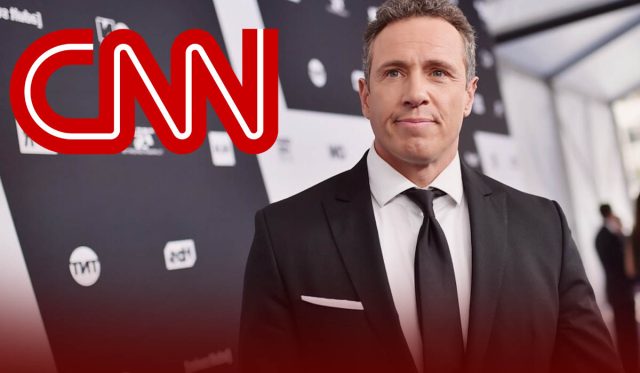 On Tuesday, CNN suspended prime time anchor Chris Cuomo after details revealed that he helped his brother, Andrew Cuomo, the former New York Governor, to face allegations of sexual harassment this year. The decision from the channel came after the New York attorney general released the latest papers that showed the level of his work for his older brother, Andrew Cuomo.

Furthermore, CNN said the released documents reveal a greater level of involvement in the efforts of his brother than they previously knew. In August, Andrew Cuomo resigned after prosecutors said he harassed staff members. Behind the scenes, Chris’s efforts to help his politician sibling were widely considered a violation of journalistic moral values in the media industry.

On Monday, Attorney General Letitia James released thousands of pages. It shows that the younger brother constantly influenced the governor’s staff to play a more significant role in the defense of his brother. James added that he texted the governor’s secretary Melissa DeRosa in March. Last year, the media network briefly suspended its rule barring veteran anchor from covering his brother as New York became the international epicenter of the COVID-19 pandemic.

The host started interviewing his brother on-air and praised his leadership and work as governor. CNN previously defended Cuomo amid the controversy surrounding his actions to help his brother. But now, the network stated on Tuesday that the documents, which were not aware of before their public release, raise serious concerns. Further, it added that the anchor broke the media agency’s rules when he admitted to the channel’s administration that he offered advice to the governor’s staff, and they acknowledged that publicly.

On the other hand, CNN also praised the unique position of anchor he was in and understood his need to put family first and job second. But these documents point to a greater level of involvement in the efforts of his older brother than the channel previously knew. The number of text messages and emails show the involvement CNN anchor had with the staff of the governor. Chris Cuomo texted a senior aide; please let him with the preparation. He also vowed to contact other American media and news outlets to learn of other accusations that were approaching.

After the confession of Chris, the channel suspended his 09:00 pm program, CNN’s most-watched hour of the day. In March, the state investigation concluded that Andrew Cuomo sexually harassed and groped eleven women working for him. As a result, Cuomo faced pressure to resign the governor’s post from his own Democratic party members, including U.S. President Joe Biden. When Andrew Cuomo left as governor, Chris told CNN viewers that he was not an advisor to a governor but a brother.

About Chris and Andrew Cuomo

Chris is a son of former New York Democratic Governor Mario Cuomo, who was in office from 1982 to 1996. He previously worked for many years at ABC News and joined CNN in 2013 as co-host of the morning show of the network. In September, Shelly Ross, the Television executive, wrote a column for the New York Times saying Andrew Cuomo groped her at a party sixteen years ago.