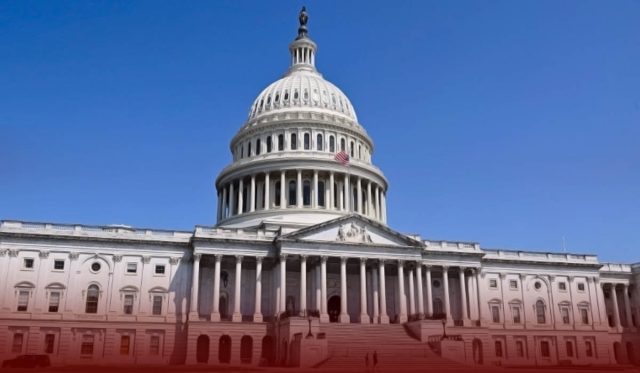 The United States lawmakers approved a $1.2 trillion bipartisan infrastructure spending bill, marking a major domestic win for President Joe Biden. Moreover, the House approved the package with a final vote was 228-206. Six Democratic leaders voted against the bill, while thirteen Republican representatives voted in its support. Moreover, the bipartisan bill now heads to the desk of the president for signing into law, following some hours of delays and internal discussion among Democratic leaders on Friday, including calls from the president to encourage skeptical progressive members of the Democratic group.

In August, the Senate approved the legislation but stuck in the House as Democratic leaders tried to negotiate an agreement on another economic package of $1.9 trillion, a separate key component of the president’s agenda that several Democrats tied to the infrastructure bill fate. Additionally, the approved legislation will deliver $550 billion of new federal investments in the infrastructure of the country over five years, including funds for mass transit, airports, railways, waterways, roads, and bridges.

BREAKING: The House has passed the $1.2 trillion infrastructure bill which was filled with “equity” and anti-white, anti-male legislation, 13 Republican congress-members voted for it.

It also includes a $65 billion investment in improving the broadband internet infrastructure in the country and invests tens of billions of dollars in improving the water systems and electric grid. Similarly, $7.5 billion would go to building a countrywide network of plug-in electric vehicle chargers. A source familiar with the matter told CNN that president Biden called House Speaker Nancy Pelosi to congratulate her on the approval of the infrastructure bill. Nancy thanked the president for his help in getting the package over the finish line as well.

The Build Back Better Act

Nancy said that she intended to vote on the final approval of the infrastructure package and the economic bill known as the Build Back Better Act. She previously specified that two bills would exclusively move the infrastructure package amid opposition from moderates that the separate economic bill requires an official cost estimation from the Congressional Budget Office, a procedure that could take around fifteen days.

Three months back, nineteen Republicans joined with Democratic lawmakers to pass the legislation in the consistently split Senate, a rare bipartisan achievement in a gradually divided Congress. On Friday, the spending bill was approved by the House with support from thirteen Republicans, too. However, more liberal representatives drawback at its ultimate version, complaining that crucial liberal policies dropped in exchange for the bipartisan win.

Which 6 House Democrats Voted Against the infrastructure bill, and which 13 Republicans Vote for it?

Six progressives – who consistently called for both the economic and the infrastructure package, known as the Build Back Better Act, to move together – voted against the legislation. The following six Democratic representatives broke from their party to vote “no” on the legislation:

The following are 13 Republicans who voted with Democrats to approve the infrastructure bill:

According to the three sources knowing the matter, the president called a Washington state Democrat representative Pramila Jayapal. Jayapal left a CPC meeting early to take Biden’s call. After she asked for a show of hands of those who wouldn’t support the infrastructure package, approximately twenty progressives raised their hands. Then, Biden separately called into a Progressive Caucus meeting itself and talked on speakerphone to the members.

Furthermore, the president expressed that he is willing to work with them to find some sort of solution until they agree to vote in favor of the infrastructure bill in the coming hours. Several sources told CNN that moderate Democratic Representative Josh Gottheimer of New Jersey and Jayapal was in one-to-one discussions as they tried to conclude a deal that could get the spending bill to Biden’s desk Friday with solid assurances the Democratic moderates would support the Build Back Better Act.

According to Democratic sources, talks over immigration provisions have been resolved – and the final remaining obstacle to approving a bill is the demand by five moderates that they get a Congressional Budget Office score before a vote. Furthermore, House Democrats also resolved another sticking point: how to deal with local and state tax deductions. Democrats from the West and Northeast Coast pushed to loosen the caps imposed by the 2017 tax law.

According to Representative Tom Malinowski, under the new SALT agreement, deductions would cap at around $80000 a year over nine years. Before this week, demands of progressive Democrats took center stage in the push to approve the bills in the House. They demanded that both the infrastructure package and the social safety net plan move in tandem.