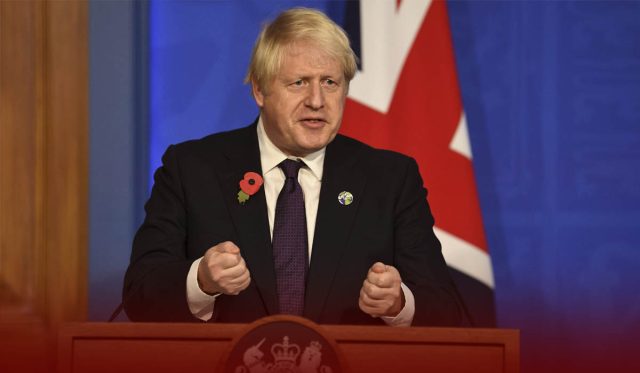 Boris Johnson, the Prime Minister of the United Kingdom, greeted the United Nations climate conference as a game-changing deal that sounded the death knell for coal power. Further, he added that his delight at the development on combating climate change tinged with disappointment. The prime minister said it was beyond question that the climate agreement coming out of the 2021 climate summit marks a significant moment in the use of coal because most of North America and western Europe settled to discontinue financial support for all overseas fossil fuel projects by this time next in 2022.

‘Yesterday evening we finally came to the kind of game changing agreement the world needed to see.’

Boris Johnson announces that the COP26 agreement is a ‘death knell for coal power’ and a ‘decisive shift’ in the fight against climate change. pic.twitter.com/rfPpNHlsPA

However, in a significant shift demanded by coal-dependent China and India, the agreement used watered-down language regarding phasing down the use of coal instead of discontinuing coal. Johnson said that the compromise on coal didn’t make that much of a difference. Ending coal usage observed as the key to cutting greenhouse gas emissions, which cause the Planet to warm up, resulting in increasing sea levels and more extreme weather conditions, including wildfires, droughts, and storms.

During a news conference, Johnson said that it is really a huge thing to get a commitment from one hundred and ninety nations to phase out or phase out coal. Further, he added that some nations didn’t live up to the ambition of the climate conference. Johnson acknowledged that the COP26 conference didn’t deliver the complete solution to the climate crisis but said the major countries of the world were unquestionably moving in the right direction.

He said summit leaders can lobby, encourage, and cajole but can’t force sovereign countries to do what they don’t wish to do. It is finally their decision to make, and they must stand by it. Along with summit President Alok Sharma, he emphasized that the Glasgow Climate Deal was the first time coal was cited in United Nations climate pacts. First, however, India and China would have to justify their actions.

On the coal issue, India and China will have to defend to some of the most climate-vulnerable nations what happened. Journalists asked about corruption and his own personal contribution to fighting climate change. The prime minister adds that, of course, he thinks things could surely handle well by him. He also said that he used to travel all over by bike on his individual contribution for cutting carbon emissions.

Both the British prime minister and Sharma defend India over the reduction of the coal resolution. The COP26 says India is vowing to achieve fifty percent of power from renewables by 2030. Further, he adds that he traveled here today by electric car and train. At this point, Johnson interrupts him and tells him he is showing off. On the other hand, Sharma says that he does not agree with curbing the use of flights by representatives and says it is a personal choice, and he favors the carrot instead of stick approach to provoke change.

UN Climate Dialogs Drift into Overtime to Save 1.5C Goal

Ninety percent of the economy of the world is committing to net-zero emission, ending their contribution to the climate crisis altogether. In addition, one hundred and thirty countries signed up to stop and reverse disforestation by 2030, and those nations are home to ninety percent of the forests of the world. Johnson further added that for the first time in history, the summit published a mandate to decrease the use of coal power.

The secretary-general of the U.N., Antonio Guterres, says that the Glasgow summit laid the building blocks for development but is very clear there is much more to do – beginning with ending the immense taxpayer-funded handouts that governments across the world give to fossil fuel firms every year.

We must end fossil fuel subsidies.
Phase out coal.
Put a price on carbon.
Protect vulnerable communities.
And make good on the $100 billion climate finance commitment to support developing countries.

We didn’t achieve that at #COP26, but we have building blocks for progress.