Home Updates Coronavirus: Trump Says He Does Not Need to Self-Quarantine 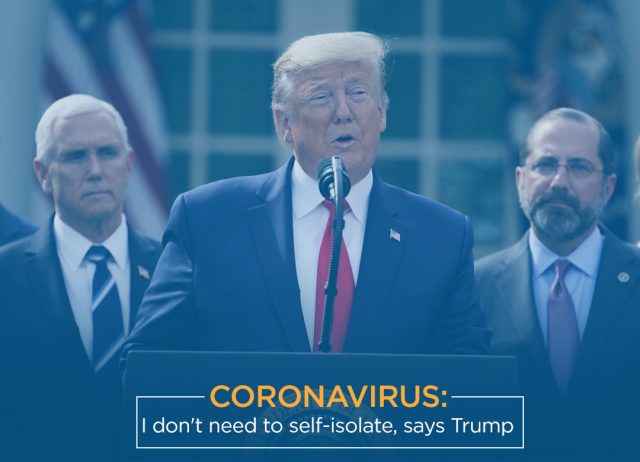 President Donald Trump has been adamant on not self-isolating him as at least three persons have been tested positive for Covid-19 after visiting Mar-a-Lago resort. Among the affected is Brazilian President Jair Bolsonaro’s press secretary Fabio Wajngarten who was at a Mar-a-Lago before diagnosis.

“No, we have no symptoms whatsoever,” Mr. Trump defiantly maintained on Friday while talking to reporters when asked whey has not ben tested or gone into self-quarantine. After a host of further questions at a WH news conference, the President agreed he would get tested.

Official advisory for US citizenry is that people who have contacted a confirmed case should self-isolate themselves for 14 days period. Wajngarten has posted a photograph of himself standing next to vice president Mike Pence and Mr. Trump.

When asked if individual should be screened after meeting someone or standing next to someone with corona, Dr. Anthony Fauci, who is leading United States response to the deadly epidemic, said yes. Several states in US have taken measures and even declared emergency to stop the spread of the now pandemic that include restricting large gatherings, calling off sports events and closure of schools, colleges and universities.

Republican Senator Lindsey Graham, who also attended the Mar-a-Lago event on Thursday announced that he is self-isolating in abundance of caution.

Trump last month had also attended the Conservative Political Action Conference (CPAC) held in Washington, DC – worst hit by the virus in US – where someone who was later diagnosed with the virus reportedly had physical contact with the Republican legislators. 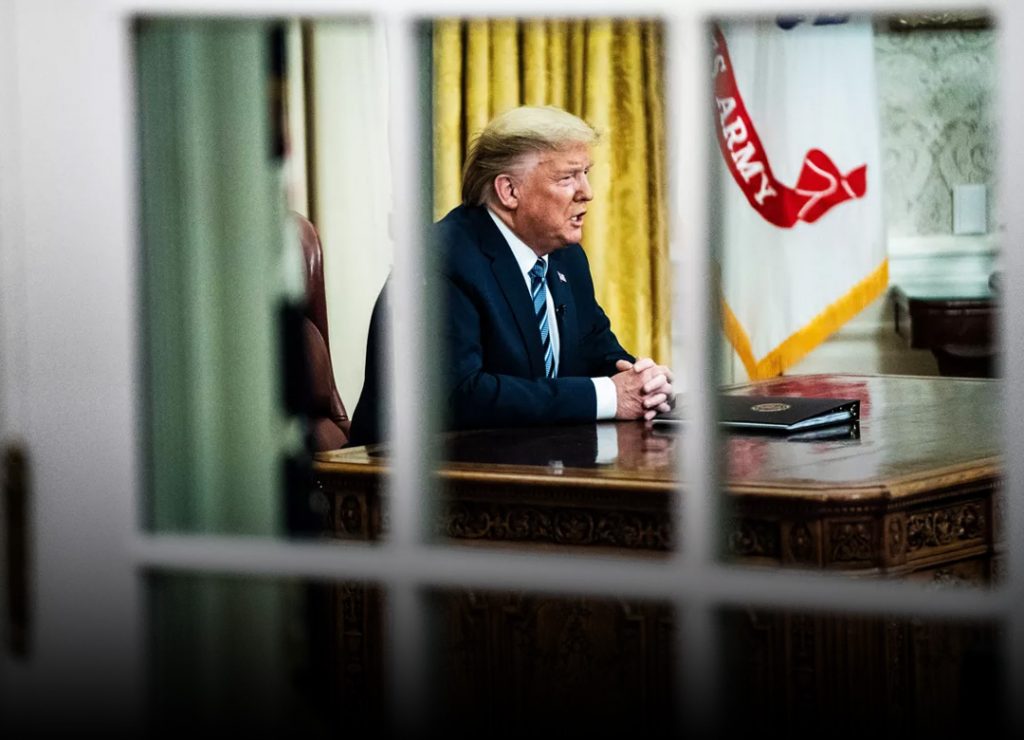 The White House has since the reporting of the news consistently dismissed the notion that President should be tested or should self-quarantine. President’s spokeswoman has negated his exposure to the viral disease saying there was “no” concern about his exposure.

Mr. Trump “had almost no interactions with the individual who tested positive and do not require being tested,” said Stephanie Grisham.

“There is currently no indication to test patients without symptoms and only people with prolonged close exposure to confirmed positive cases should self-quarantine.”