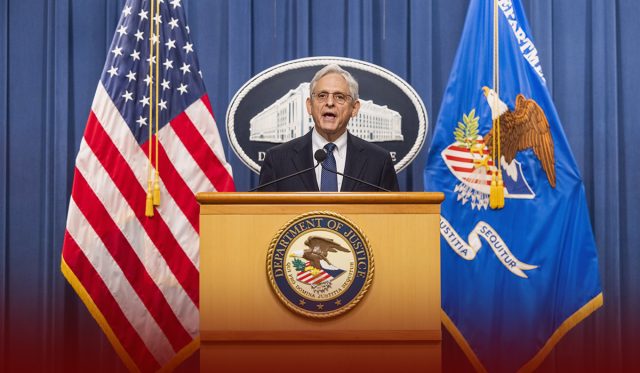 Several hours after the Justice Department had asked a court to unseal the warrant that the FBI used to search Trump’s Florida estate, Former President Trump called for an “immediate” release of the warrant, citing a “substantial public interest in this matter.” In a press conference, Trump encouraged its “immediate release” while repeating his political motivations for the search.

Trump announced he would not oppose the release of the warrant that allowed FBI agents to search his Mar-a-Lago estate. According to Trump, the search was unnecessary and political and encouraged its “immediate release.” #FBI #DOJ #TrumpWarrant pic.twitter.com/XyhrIv8P2s

During a rare court hearing in Florida, the US Department of Justice requested that the warrant be unsealed. Public access to the documents will become available if the request is granted. It could provide a clue to why the FBI searched Trump’s Florida home on Monday – something the justice department hasn’t yet mentioned. There is a suspicion that Monday’s FBI search is connected to the investigation into whether the former Republican president removed classified documents from the White House.

An anonymous source told the Washington Post that FBI agents searched Mar-a-Lago for documents related to nuclear weapons. There was no indication in the newspaper’s report whether the information concerned US weapons or those from other nations. It is unclear what Trump’s statement means for when the documents will be released – he had a deadline of 3:00 p.m. EST on Friday to object to their unsealing.

Attorney General Revealed that he Personally Approved the Warrant

Although they were “written by left-wing Democrats and potential opponents who have a strong vested interest in attacking me, much as they have for the past six years,” he said. In an earlier statement, Attorney General Merrick Garland confirmed that he approved the search warrant personally. It has been the practice of the justice department to remain silent during an active investigation – and documents like search warrants are typically sealed during such inquiries.

Justice Department documents, such as search warrants, typically remain sealed during an active investigation – and until now, the department has conducted a pending investigation in silence. Garland requested that a court make documents associated with the search warrant public to protect the public interest. According to him, Trump’s public announcement of the search also played a role in his decision.

As part of its ongoing criminal investigation, the FBI searched the former president’s home on Monday for the first time in American history. In addition to Trump, other Republicans have accused the move of being political in nature. However, Garland defended FBI agents and officials of the justice department at a press conference on Thursday.

When then-FBI Director James Comey made an unusual public statement in 2016, announcing that the FBI would not recommend criminal charges against Clinton for handling emails, the department tried not to appear as if it was injecting itself into presidential politics. Just a week before the election, he notified Congress that he had reopened the investigation because new emails had been discovered.