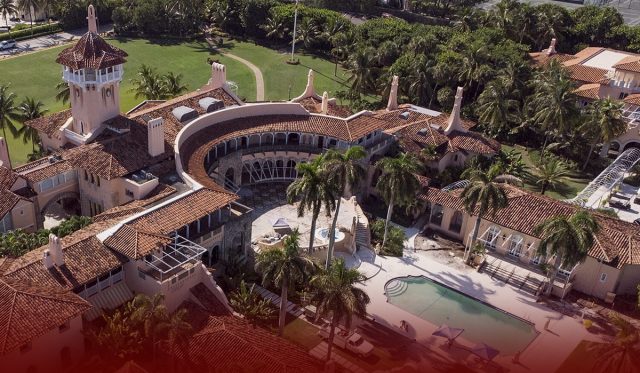 In response to the media’s call for the affidavit that supported the search warrant at the Mar-a-Lago home of former Republican President Donald Trump to be unsealed, the Department of Justice has refused to do so. However, on Monday, prosecutors said they would not object to releasing other sealed papers related to the recent search of the former president’s Florida estate, including the government’s motion to seal and cover sheets.

The Department of Justice denied the request to reveal Trump’s search affidavit. Instead, media agencies demanded to release the government-submitted affidavit when it requested the search warrant of Trump’s home. The department argued that it contains sensitive information.#DOJ pic.twitter.com/IrTREYJMHn

Recently, the former president’s GOP allies ramped up their requests for AG Merrick Garland to unseal the document. Moreover, it would disclose the evidence that prosecutors showed to establish they had probable cause to believe that crimes were committed at the former president’s home. Furthermore, the Friday revealed property receipt disclosed that the Federal Bureau of Investigation (FBI) seized eleven sets of classified documents from Trump’s home.

Some of the documents were marked not an only top secret but also sensitive compartmented info. Sensitive compartmented information is a particular category intended to protect the U.S.’s most important secrets that, if disclosed publicly, could cause extremely severe damage to the country’s interests. In addition, the magistrate’s court records didn’t provide exact particulars about likely document’s information.

The Friday unsealed search warrant said that federal investigators were probing likely violations of three federal laws, including one that oversees gathering, losing, or transmitting defense info under the U.S. Espionage Act of 1917. Likewise, other acts deal with the damage, suppression, or removal of records and the modification, misrepresentation, or destruction of records in the federal investigation.

On Monday, the DOJ acknowledged that its current criminal probe against the former president involves highly classified material. In its court filing, it said that publicizing the affidavit would cause irreparable and destructive damage to its investigation. Additionally, the prosecutors said that the document specifies sensitive information about witnesses, including government-interviews individuals and confidential grand jury information.

On Monday, prosecutors quoted the recent violence and growing threats against the FBI and its agents as another reason not to release the affidavit. For example, the DOJ said the security forces arrested a Pennsylvania man on charges of threatening the FBI agents on the social media platform Gab. Similarly, on Friday, the security forces detained Adam Bies, 46, because of his links with those social media posts.

Read Also: The US Justice Department is Seeking to Unseal the Warrant Against Trump