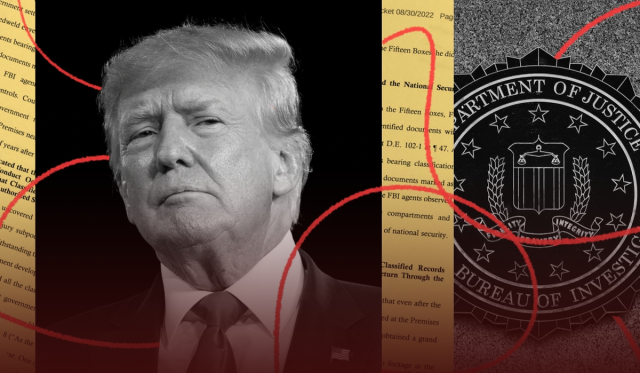 As part of its criminal probe into the events surrounding the United States Capitol insurrection, the Department of Justice has issued subpoenas to over thirty former officials and campaign aides of former President Donald Trump. Additionally, the gambit revealed on Monday demonstrates that although Trump may be able to halt a probe into Mar-a-Lago’s retention of classified information, the legal consequences to him may be severe. Both investigations have not resulted in a criminal charge against the former president.

The Department of Justice is serious about its criminal investigation into the events surrounding the United States Capitol insurrection, as evidenced by the broad sweep of subpoenas it has issued against more than 30 former Trump officials and campaign aides.#DOJ pic.twitter.com/ZEjNGz3u2s

Subpoenas indicate that the DOJ’s investigation, which has been ongoing behind the scenes for months, is far more extensive than previously believed. Trump critics have been frustrated with Attorney General Merrick Garland because of the investigation. In addition, the investigation seems to intensify, with investigators appearing to narrow their focus based on other subpoenas, evidence, and testimonies from witnesses.

“In a classic investigation, this is how it is done, and so to speak, the chain is moved upward,” David Laufman, former head of the DOJ’s Counterintelligence and Export Control Section, told CNN’s Erin Burnett on Monday. It is now being expanded to include individuals closer and closer to the President, studying what he knew and when.

The former President has typically avoided legal scrutiny and scandals that would end conventional politicians’ careers. There are, however, multiple legal concerns related to his attempts to overthrow the 2020 election result, all of which stem from his belief that his position as president, and even in civilian life, gave him almost unlimited power without scrutiny.

Over 30 new subpoenas have been issued for documents and some for testimony before a grand jury, raising suspicions that the Justice Department is probing a scheme to invalidate Biden’s wins in swing states in the 2020 Presidential Election. In addition, new information reported by CNN, some of which were first revealed by The New York Times, indicates that prosecutors are investigating Trump’s fundraising operation and how his “Stop the Steal” rally was organized on January 6, 2021.

The recent flurry of subpoenas came just before a 60-day quiet period during which the Justice Department tries to avoid appearing to influence elections through politically sensitive investigations. As well as deciding the Senate and the House of Representative’s fate, the midterm elections in November will also affect many state and local offices. During his campaign for the presidency in 2022, Trump used his false claims that he was illegally ejected from office in a fraudulent election as a campaign platform.

CNN reported that subpoenas were issued to two former Trump campaign staffers close to the campaign. Bill Stepien was the campaign’s former campaign manager, while Sean Dollman worked as its chief financial officer. One source familiar with the matter says Trump’s former deputy chief of staff and social media guru Dan Scavino was also subpoenaed. However, none of the three men responded to the request for comment. Finally, an unnamed source says President Trump’s former political director, Brian Jack, was subpoenaed. In addition, Jack refused to comment on CNN’s inquiries.

In the wake of a series of scripted sessions that painted a profoundly damning picture of Trump’s behavior following the last election, the House select committee investigating the January 6 insurrection is scheduled to meet Tuesday to discuss the next steps in its probe and likely new televised hearings. There will be a talk about whether Trump and former Vice President Mike Pence will be invited.

It is not anticipated that either man will testify. Still, some members believe they should be asked for their records, given the extraordinary circumstances of the former President’s efforts to undermine the peaceful transfer of power following a democratic election. In a related storyline, an investigation in Georgia is investigating alleged efforts to overturn Biden’s election in the crucial swing state by local officials.

There has been another legal battle recently over Trump’s hoarding of classified documents at his Mar-a-Lago estate, which has overshadowed all these probes, resulting in a prolonged standoff with the Justice Department that resulted in last month’s FBI raid on the former president’s property. As part of the DOJ’s criminal investigation, Trump’s lawyers argue in a new filing that a judge should reject the DOJ’s request to continue reviewing classified material.