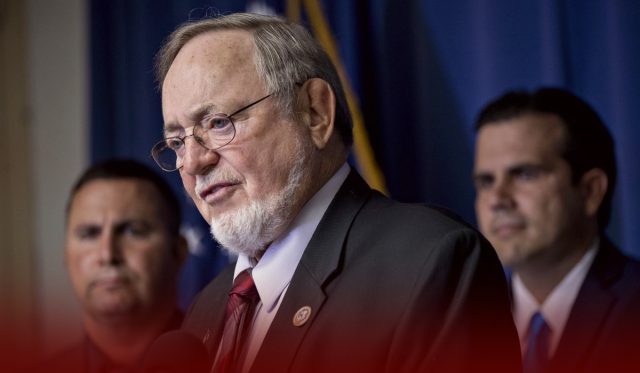 Republican Alaska Representative Don Young, the longest-serving member of the House, died at 88. His office stated that he died while he was traveling back to Alaska. However, the statement doesn’t provide details for the cause of the death. At the death time, his wife Anne was with him.

In 1973, Young was initially elected in the House and was chairman of the Transportation & Infrastructure Committee and the Natural Resources Committee. Early in his career, the GOP leader supported the oil industry of the state, starting with the Trans-Alaska pipeline. According to Young’s congressional biography, the representative advocated for lawmaking to create a two-hundred-mile fishing limit to help the fishing industry of Alaska.

Longest-serving Republican in the US, Alaska Representative Don Young, died at 88. He was first elected to Congress in 1973 and was a current member until his death. Young represented Alaska for twenty-five terms, and in 2021 he filed to enter this November’s election. pic.twitter.com/9HXUugt8DU

Furthermore, the biography said that Young fought against federal control of lands and resources to which residents of the state are fairly entitled. Likewise, he also backed massive infrastructure and development projects for Alaska – including the infamous Bridge to Nowhere in Ketchikan, an approximately $400 million project that became a symbol of pork-barrel spending that was finally blocked.

In a 2018 ceremony, Young became the dean of the chamber. A representative from Michigan, John Dingell, who died in 2019, had the longest 59 years tenure in Congress while Young served almost fifty years in Congress. The GOP leader was born in California and served the U.S. military. And after graduating from Chico State College, he arrived in Alaska about the time it became the 49th American state.

Moreover, Young worked in different jobs, including teaching and construction. He also served as the Fort Yukon mayor and was a city council member from 1960 to 1968. Afterward, the longest-serving congressman became a member of the state House of Representatives (1966-1970) and the state of the Senate from 1970 to 1973. In 1972, Young ran for Congress, challenging current Democrat Nick Begich. Young had two daughters with Lu., his first wife, who died in 2009.

Leaders of both Republican and Democratic parties offered tributes after his death. Kevin McCarthy, the House Republican leader, said his decades of service touched every member and filled every room. Democratic Nancy Pelosi, the House Speaker, stated that Young’s photographs with ten presidents of both parties proudly cover the walls of the Rayburn office.