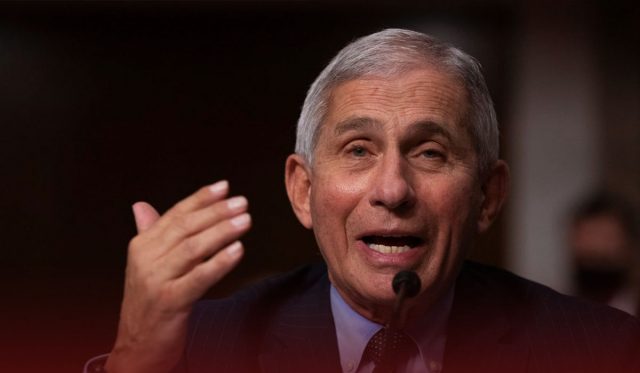 The top United States infectious disease expert, Dr. Anthony Fauci, said Sunday that the nation is facing some pain with the contagious delta variant of the COVID-19. But, he told This Week show of ABC News that conditions amid coronavirus would be worse, and he blamed millions of nationals who yet received the vaccination.

Millions of people across the country expressed their intentions to not getting the vaccination shots for one reason or another, no matter how several health officials urge them to do so. Fauci urged Americans by saying that they are protecting themselves from getting seriously ill and may be dying. Instead, the unvaccinated people of the country are allowing the spread of the virus.

Dr Fauci: “I don’t think we will see lockdowns. I think we have enough vaccinated people in the country – not enough to crush the outbreak – but I believe enough to not allow us to get into the situation we were in last winter. But, things are going to get worse.”

The United States is already recording over seventy thousand new COVID-19 cases per day, up approximately sixty thousand during the last six weeks, to a level not experienced since February. The delta variant of the virus is fueling the caseload, while the variant was initially detected in India. However, some disease trackers are forecasting even higher infections rates in the country, to one lac forty thousand to three lac new cases later in August as the highly contagious delta variant spreads throughout the country.

At present, scientists say that even those people who already received vaccination shots can spread the variant, encouraged the Centers for Disease Control and Prevention (CDC) to issue new guidance last week. The government’s health agency said that those Americans who have already vaccinated against the virus should wear again face masks indoor public settings in those areas of the nation where the number of new virus infections is spreading swiftly.

Some Republican governors who in recent months relaxed COVID-19 restrictions in their states criticized the CDC directive and opposed new masking orders or any instruction for mandatory vaccinations. Last week, Biden ordered over two million federal employees to receive vaccination shots before returning to their offices in the coming months, or in another case, they should face frequent tests to prove they don’t have the COVID-19.

The Republican governor of Arizona, Doug Ducey, sacked the federal health agency’s directive by saying that Arizona doesn’t allow face mask mandates, vaccine passports, vaccine mandates or discrimination in schools depending on the vaccination status. He also said that they approved all of this into law, and it will remain unchanged.

Ducey further added that the recent directive from the CDC is just another example of the Biden government’s failure to comfort the coronavirus pandemic effectively. Fauci said that he disagreed with the complaints of the Republican leaders that the new face masking endorsements were overload.

He also rejected complaints from those people who refused to take vaccination shots and argued the violation of their self-rights. The chief medical advisor to president Biden says that the nation is in a severe health challenge. The reality is that if someone gets infected and conveys the coronavirus to others, then he is invading other’s individual rights.

Read Also: Vaccinated Individuals can also Carry Coronavirus as Others