Home Updates Everything you need to know about 2021 Inauguration Day 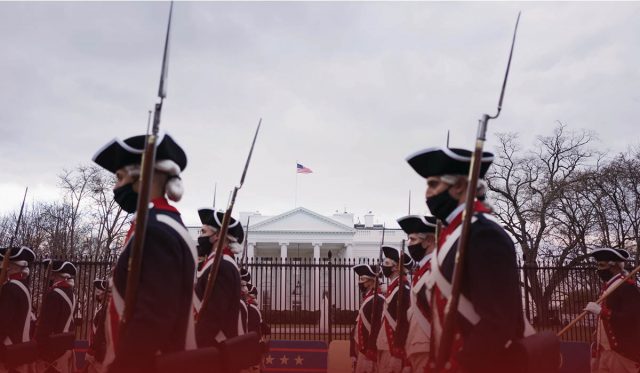 The 2021 inauguration of President-elect Joe Biden and his Vice President-elect Kamala Harris will be a historic one, with coronavirus pandemic and threats to the Capitol playing a crucial role in the preparation. It is already causing road closures and security concerns as the Washington District prepares to feel the Inauguration Day impacts unlike any other for days to come. In this blog post below, we will discuss everything you need to know about the inauguration ceremony and the major impacts on the city.

Background of the Inauguration Day

In December 2020, weeks after Democratic Biden declared the winner of the U.S. Presidential election, plans for his inauguration started to release. Moreover, they contained information about how the historical event would scale down because of the coronavirus pandemic. President-elect soon encouraged the public not to attend the inauguration, instead of to participate virtually instead. U.S. political leaders, such as past presidents, current governors, and Congress members, announced in the last few weeks their plans to attend the event in person.

Though, the inaugural stand at the United States Capitol, which normally holds sixteen hundred people but most likely reduced to a fraction of that number. Muriel Bowser, the D.C. Mayor, echoed the sentiments of Biden this week, telling the public not to the Washington District for the inauguration ceremony amid rising coronavirus cases and safety concerns associated with the Capitol riot. President-elect recently announced to hold a memorial for the pandemic victims before taking oath as a president. America United is the theme of the inauguration.

After the attack om the United States Capitol on 6th January by pro-Trump rioters, several questions about safety and security measures for the inauguration started to take center stage. The officials raise a non-scalable fence across the entireness of the Capitol grounds following the attack. Additionally, the fence will be up through January end. Likewise, Bowser extended the initial public emergency order for almost fifteen days through Inauguration Day, which gives her the ability to call for an all across city curfew at any time.

Earlier this week, the Federal Bureau of Investigation warned of plans for armed protests at capitals of all fifty states and in D.C. starting later this week and extending through 20th January. According to one official, the bulletin said that antonyms planned armed protests at all fifty state capitals from 16th January to at least 20th January, and the United States Capitol from 17th January to 20th January. D.C. officials recently started securing the inauguration boundary, which includes several high-traffic areas all over the city.

National Guard members also established a presence in Washington D.C. to assist with inauguration event security. Until now, the District received some commitments from the Virginia, New Jersey, Maryland, Pennsylvania, and New York National Guards. At the same time, other states said that they would deploy their own National Guards to the Capitol since then.

Impacts of the security measures on the City

The inauguration measures secured so far previously and the officials extended the public emergency, this year’s inauguration will have noteworthy impacts on the city and residents of the District. The Secret Service sent out a map on Sunday specifying a restricted zone around the Capitol. Along with other closures. Airbnb also announced to withdraw all reservations in the Washington D.C. metro area during the whole week of the inauguration. The rental online marketplace company said that they took the decision because of federal, local, and state officials asking the public not to travel to the District.

When does the inauguration event start?

The Constitution of the United States specifies that the term of the new president starts at 12:00 pm on 20th January. The event will start before noon on Wednesday. In addition, the inauguration ceremony scheduled to start at 11:30 am, and the president-elect scheduled to gave his inauguration address. Whereas, live chat of POLITICO will launch at 11:30 am. The inaugural committee of Biden is also hosting an inaugural celebration for the youth of America between 10:00 am and 12:30 pm EST, streamed online on different platforms.

Where will Donald Trump be during the Inauguration?

Donald Trump, who won’t be at the Biden’s inauguration event and mainly stayed out of the public eye during the last few days, will move to his Mar-a-Lago club in Florida on Wednesday morning after a farewell ceremony at Joint Base Andrews in Maryland where visitors will be permissible as more as five plus-ones. On the other hand, Lady Gaga will sing the American National Anthem, and Garth Brooks and Jennifer Lopez also scheduled to perform at the inauguration ceremony. Likewise, the first National Poet Laureate, Amanda Gorman, will read a poem at the inauguration. A former president of Georgetown University, Father Leo J. O’Donovan, will give an invocation while Dr. Silvester Beaman will deliver the approval.