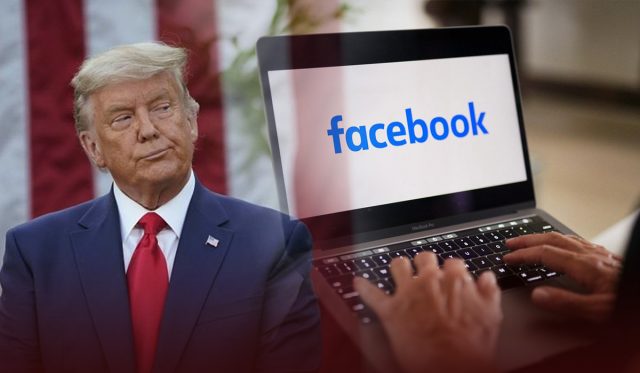 Michael McConnell, a member of the Facebook Oversight Board, criticized Facebook in the wake of its indeterminate ban of former United States President Donald Trump. He adds that social media platform rules are in shambles. On Sunday, a former federal judge, Michael McConnell, told Fox News that they gave Facebook a specific time to get their house in order. The social media giant required some time because their rules are a shamble and are not transparent. Therefore, the authorities made some recommendations about how to make their rules more consistent and more transparent.

In addition, the Oversight Board sustained the current ban of Facebook on the former president for his posts on the 6th January riots, with some warnings. McConnell says that Donald Trump is subject to the same public rules on the social media platform.

Facebook cannot make up the rules as it goes, and anyone concerned about its power should be concerned about allowing this. Having clear rules that apply to all users and Facebook is essential for ensuring the company treats users fairly. This is what the Board stands for.

The Oversight Board found it a violation, so Facebook was right in taking them down for the forum. But according to the board, Facebook was not right in taking Trump down indefinitely, and they didn’t provide any reasons for this act, which is not a provision in their basic rules. So, it was wrong. The social media giant exercised too much power and violated its own rules.

The Board also found Facebook violated its own rules by imposing a suspension that was ‘indefinite.’ This penalty is not described in Facebook’s content policies. It has no clear criteria and gives Facebook total discretion on when to impose or lift it.

Republicans Threatened to Regulate Facebook and Other Tech Companies further

McConnell adds that they are trying to bring some of the most significant principles of the First Amendment of global free expression law into this particular operation. The excessive use of power from Facebook is not fair, and they are arbitrary and inconsistent. It is the responsibility of the Oversight Board to bring discipline to this process. Republican leaders threaten to break up the social media platforms after the decision of the Oversight Board to upheld Trump’s ban.

McConnell says that it is definitely up to Congress to decide what the antimonopoly laws will be. It is not an issue of the First Amendment. No magistrate in the United States would hold that Facebook violated the free speech rights of Trump. Further, he continues that the former president is the person who issued those inflammatory Facebook posts at that time when rioters were shutting down the constitutionally set process of counting votes and attacking Congress.

Read Also: Trump should be allowed to return to social media – Bill Gates

Trump issued those posts and is accountable for doing that. Trump bears responsibility for his current situation. Whereas the Oversight Board of Facebook upheld Trump’s ban from the platforms such as Facebook and Instagram on Wednesday. But it said that it was inappropriate to impose the standard-less and indefinite penalty of indeterminate suspension. The Oversight Board upheld the decision of Facebook on 7th January 2021 to restrict the former president’s access to posting any content on his Instagram account and Facebook page.

Within 6 months of today, Facebook must review this matter and decide a new penalty that reflects its rules, the severity of the violation, and prospect of future harm. Facebook can either impose a time-limited suspension or account deletion.