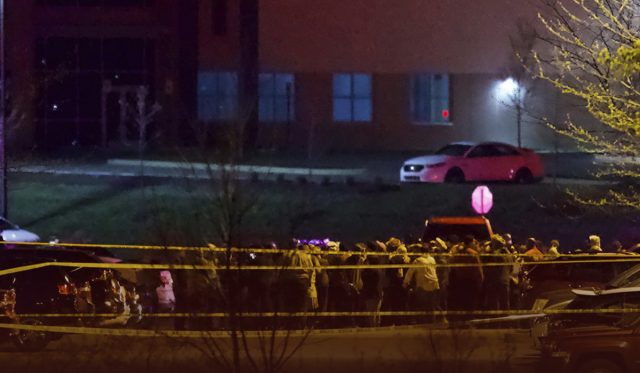 According to Indianapolis police officials, a man killed eight people and wounded many others before speciously he took his own life in a late-night attack at a FedEx facility nearby the Indianapolis airport. It is the latest happening in a wave of a mass shooting in America after a relative pause during the coronavirus pandemic. President Biden and Vice President Harris also received briefing on FedEx mass shooting.

Vice President Harris and I have been briefed on the mass shooting at a FedEx facility in Indianapolis. God bless the eight individuals we lost and their loved ones, and we pray for the wounded for their recovery.

We can, and must, do more to reduce gun violence and save lives.

The police said that they took five people for hospitalization after the fatal shooting. One of them is facing serious injuries, according to Denae Cook, the spokesman of police. Whereas the medical staff treated and released two other people at the scene. Among the dead people list, names of FedEx employees were also there.

A witness of the mishappening said that during the working, he heard many gunshots in fast succession. Levi Miller told WTHR-TV that he saw a man come out holding a rifle, and he starts firing and starts shouting that he couldn’t understand. Instantly he ducked down to hide himself from the shooter to keep him safe.

A series of Mass Shooting in the United States

It was the most recent incident in a string of mass shootings across the United States last month. A shooter killed eight people at a massage center across the Atlanta area, and another shooter killed ten people in gunfire at a supermarket in Boulder, Colorado. It was at least the 3rd mass shooting in 2021 in Indianapolis alone. Five, including a pregnant lady killed in January during a shooting. Likewise, police accused a man of killing four, including a child, before kidnapping his daughter at the fight at home in March.

Still, police didn’t identify the shooter and didn’t clear either he was an employee at the facility. However, they said that the initial investigation revealed that the shooter took his own life. Cook states that the security officials are trying to determine the exact cause and reason for the sad incident. Earlier Friday, Craig McCartt, of the Indianapolis police told NBC Today that police still knew very little. A spokesman for the Indianapolis office of the Federal Bureau of Investigation (FBI), Chris Bavender, says that they are assisting the local police in the investigation.

Cook said that people called police to report gunfire Thursday just after 11:00 pm, and officers came in contact with a shooting incident. The shooter later committed suicide. Afterward, police officers came in and responded to the incident by doing their job. A man told WTTV News that his niece was sitting with him on the driving seat of her car when she received a gunshot on her left arm. Now she is fine and receiving medical aid in the hospital.