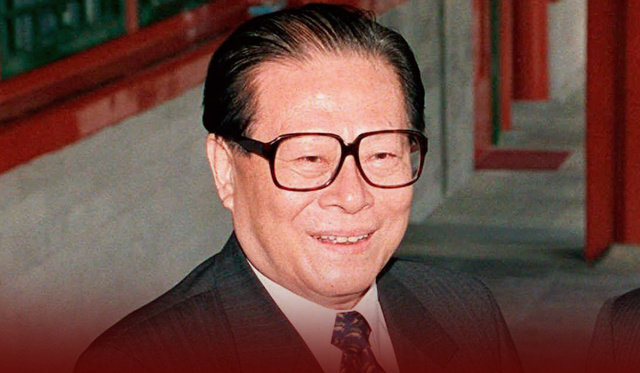 Former President Jiang Zemin, who led China out of isolation following the army’s suppression of pro-democracy protests at Tiananmen Square in 1989 and who led economic reforms leading to a decade of explosive growth, died on Wednesday. The Chinese leader was 96 years old. State television and the Xinhua News Agency reported Jiang’s death from multiple organ failure and leukemia in Shanghai, where he had served as mayor and secretary of the Communist Party.

The selection of Jiang as leader of the Communist Party was a surprise following the 1989 turmoil. However, his leadership allowed China to undergo several historical transitions, including the restoration of market-oriented reforms, the return of Hong Kong to British rule in 1997, & China’s entry into the World Trade Organization in 2001.

He died when China was experiencing some of its most serious protests since Tiananmen Square, with many demonstrators protesting against the restrictions imposed by Covid. Several organ failures and leukemia were listed as the causes of death in a statement issued by the Chinese Communist Party. However, the statement also emphasized that he was “a highly esteemed leader” who was a “long-tested Communist fighter.” Besides his wife, there are two sons and two grandkids left.

China obtained its place at the top table of world power under Zemin’s stewardship, which was marked by an impressive economy, the tightening grip of the Communist party, and the rise of the Communist party in general. In 1997, Hong Kong was peacefully handed over to China, and China gained membership in the World Trade Organization in 2001, allowing it to deepen its integration into the global economy.

However, he also ignored political reforms and acted harshly against internal dissent while pursuing a hardline stance in Taiwan. The Communist Party viewed his clampdown on Falun Gong in 1999 as a threat, which led to criticism. Aiming to modernize the Communist Party, he sought to bolster his position within it by formulating a unique political ideology known as the Three Represents theory.

Several times following the 9/11 attacks, Jiang worked to strengthen ties with the United States, including a trip to Washington several times and an offer of assistance to then-President Bush in Washington’s “war on terror.” He had a more colorful personality than the successors he succeeded in a nation not known for its flamboyant leaders. His memorable performances included singing Elvis Presley at a global summit and swimming off the coast of Hawaii.

After withdrawing from government service, he rarely appeared in public. As a result, he became an unlikely subject for internet memes even as he became less visible online. In Chinese culture, his large signature spectacles were affectionately caricatured as toads, resulting in him becoming associated with that animal. Toad worshippers are young fans who refer to themselves as “toad worshippers.”

Born in Yangzhou, a city on China’s eastern coast, Jiang was born on 17 August 1926. During the Japanese occupation, he grew up and graduated as an engineer in the electrical field. He joined the Communist Party at 21 while still attending college. He hailed from a non-revolutionary family, which made him vulnerable to the frequent purges conducted by Mao Zedong.

However, he spent most of his early career abroad – training at a Soviet automobile factory in Moscow and then serving as a diplomat in Romania. After becoming the minister responsible for the electronics industry in the 1980s, he became Shanghai’s party chief. However, he still needed to make a significant contribution to national affairs. Protests at Tiananmen Square played a crucial role in his rise to prominence.

During this period, Jiang faced similar protests in Shanghai while authorities in Tiananmen Square debated how to handle the occupation by young protesters. In his address, he quoted a portion of the Gettysburg Address and closed a newspaper he felt had ignited the protests. Deng Xiaoping, the then-Chinese leader, learned a valuable lesson from the demonstrations that were put down without resorting to force.

Jiang, as the General Secretary of the Communist Party

Due to squabbling factions, Deng was forced to make a choice. After siding with the hardliners, he purged the liberals and appointed Jiang as the Communist Party’s new general secretary, effectively making him his protégé and heir apparent. In dealing with dissent, Jiang adopted a robust approach. The concepts of democracy and human rights are both relatives, rather than absolute and universal, according to him.

Although Jiang has been under the radar of many China watchers, he has received little attention. Despite his enormous glasses and dour demeanor, as well as his eccentric style of wearing trousers almost up to his chest, he appeared to be a dull bureaucrat. His former fiefdom of Shanghai had given him the nickname The Flowerpot. Many experts assumed he would be a transitional figure, as he was extensively decorated but did not perform any action. In the end, he proved them wrong.