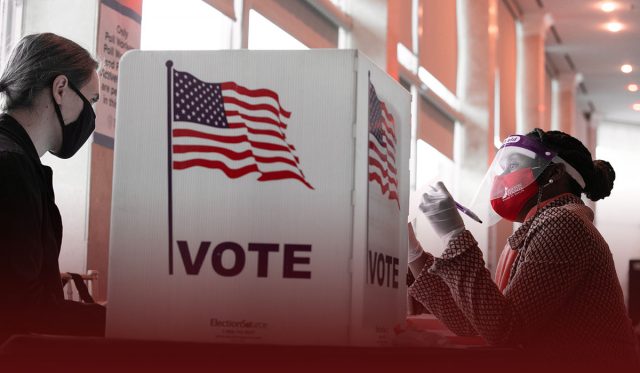 The Georgia Senate candidates set records raking in over a third of a billion dollars in just two months in the runoff races. These races will determine the Senate leader. If one or both of the Republicans win, the upper chamber can serve to check the legislative agenda of the Democrats. Whereas, in case of both Democrats winning their dogged fights, Kamala Harris, the Vice President-elect, can cast a tie-breaking vote.

According to the FEC filings, between 15th October and 16th December, Jon Ossoff, the Democratic Senate nominee, raised the most, totaling $106.8 million. That amount, and overall amount raised by all other Georgia Senate Candidates for that purpose, far beat the record-shattering $57 million Jaime Harrison raised in his former unsuccessful bid to remove Senator Lindsey Graham, R-S.C. Ossoff raised around $138.3 million as of 16th December throughout the campaign, making him the top-funded nominee of all time for a single Congressional election, exclusive of leadership.

Democrats in Georgia Runoffs Bring in Record Haul of cash. It’s looking real good for the both of them

Where are the funds coming from?

For the thirty-three-year-old media executive, 45.13% of funds came from small-dollar supporters who offered below $200. Big individual funding made up 49.26%, and Political Action Committee (PAC) donations and self-financing accounted for below one percent. Other contributions accounted for 4.87%, according to Open Secrets. However, the “other” category tends to include interest and dividends and money from mutual fundraising committees. It might impact the small-vs-large contributor breakdown.

Whereas, most outside spending won’t reveal until after the election, as senatorial committees and several other external groups won’t need to report their number until January 2020. Till now, Ossoff put out a call for more funding in the last week of the campaign. He claimed that Republicans tried to disqualify voters.

Moreover, Ossoff asked people for help because he needs resources to retaliate and defend voting rights in Georgia, he said during his Monday appearance on CNN. Ossoff reported having over $17.4 million still unexpended. Reverend Raphael Warnock trailed nearly behind, raising $103.4 million in the duration of two months to total at $124.3 million.

In addition, Warnock reported tiny individual donations from 48.64 donors, whereas 46 of the funding came from individual funding of more than $200. The reverend didn’t have any self-financing, and PAC funding amounted to 6%. Other funding accounted for 4.78%. Senator David Perdue raised around $68.1 million during the two months and $89.1 million all over the election cycle until 16th December.

Perdue, a former CEO of Fortune 500, gathered 52.08 of his funds from large donations and 21.85 from small individual contributions. PAC funding accounted for six percent, and the senator didn’t self-finance. Likewise, the other category accounted for 20.07 of his donations. Senator Kelly Loeffler raised around $64 million to total $92.1 million.

Spending details of the Funds

According to the reports of FEC, the maximum of the funds directed to media placement firms and marketing companies, which spend the money on a variety of media. Warnock spent the most $985,794 on social media advertising in the last thirty days, according to the statistics of Facebook. Ossoff spent almost $327744, Perdue spent around $196,469, and Loeffler spends about $115,131. Moreover, these numbers do not include advertisements bought on their behalf from outside groups.