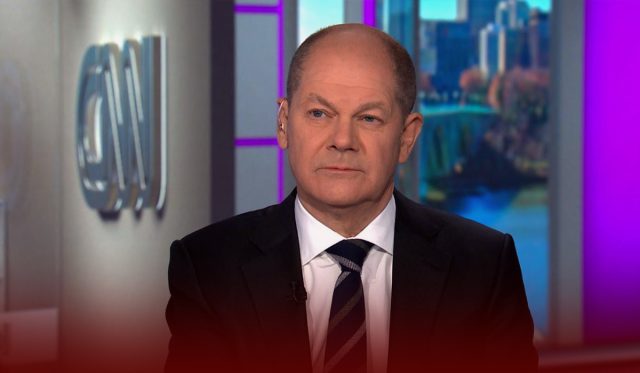 Joe Biden, the United States President, and German Chancellor Olaf Scholz sought to put on a mutual front Monday at the White House. However, the future of the Nord Stream 2 gas pipeline is one sticky point that seemed to remain regardless of their unity vows.

During an interview at “the Lead with Jake Tapper” show on CNN, Scholz expressed a diverse gap between himself and the U.S. President on the massive gas pipeline project. In addition, after the Oval meeting with a German counterpart, Biden explicit at a press conference that the gas pipeline project would not go ahead if Russia attacked Ukraine.

US President Biden pledged Monday that Nord Stream 2 gas pipeline would be compromised if Russia invades Ukraine. However, Olaf Scholz, the German Chancellor, unveiled a diverse gap between himself and president Biden on the massive pipeline.https://t.co/lku5bJ5qFh pic.twitter.com/mF3bW14el8

It is an ultimate stance the president and his governmental officials took for weeks. According to senior government officials, the perspective has been a significant point of debate with the new German government. However, the new German Chancellor refused even to name the pipeline project during the press conference and denied pledging to end the project if an attack moved ahead.

In the interview with CNN, the German Chancellor reiterated his pledge to remain aligned with the United States, even though again would not explain his aims for the Nord Stream gas pipeline project. Scholz told Tapper that all the phases they will take they will do together. Further, he added that Germany would be together with all its ally countries, specifically the U.S., taking the same steps.

Scholz said that he and his American friends are unified at the stance and will act together and take all the essential steps. The Nord Stream 2 gas pipeline transmits natural gas of Russia under the Baltic Sea to Germany, bypassing Ukraine. So, it emphasizes the difficulty of Scholz in tackling Russia for its invasion of Ukraine. On the other hand, Germany is mainly dependent on Russian energy, making it tough to impose severe economic sanctions without risking the closure of oil and gas during the cold winter months.

The U.S. suddenly search other countries of the world – from Asia to the Middle East to local U.S. suppliers – for alternative energy options for Europe. But the U.S. opposed the gas pipeline and clarified that it wouldn’t go ahead should the Russian president decide to attack. On Monday, the American president said that if Russia attacks Ukraine, it means troops or tanks crossing the Ukrainian border again, then there’ll be no longer a gas pipeline.

It was not the final announcement that Nord Stream 2 would be terminated; some in the United States had been searching for a show of resolve against Russia. However, the debate over how Germany will respond to the gas pipeline is also disrupting feathers in Ukraine, which opposes the pipeline project because it diverted Ukrainian transit and territory fees.

Due to the scheduling fault, a meeting scheduled for Monday between Ukrainian President Volodymyr Zelensky and German Foreign Minister Annalena Baerbock was canceled suddenly. On the other hand, U.S. President Biden declined to say how his government would halt Nord Stream, as he vowed to do should Russian aggression against Ukraine, without the help of Germany.