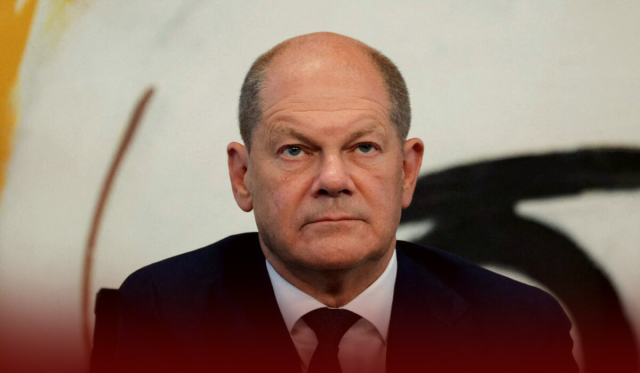 The German government announces a package of measures to ease the threat of rising energy costs as Europe suffers from scarce supplies following the invasion of Ukraine by Russia. One-time payments and tax breaks will be provided to the most vulnerable and energy-intensive businesses as part of the package, which is much bigger than previous ones.

Several European nations have introduced emergency measures to prepare for a long winter after Russian gas supplies to Europe were interrupted after the Ukraine war, including the German government, which announced a $65B plan to help people and businesses cope with rising prices pic.twitter.com/aDNt0e0OOx

In the wake of the February invasion, energy prices have rocketed, making it increasingly difficult for Europe to be independent of Russian energy. In its letter to Europe, Ukraine called for resolute action against Russia. Volodymyr Zelensky, the Ukrainian president, said Russia was trying to ruin the normal lives of European citizens. Announcing the Russian move as an “energy attack against all Europeans” in his nightly address on Saturday, he said the only way to protect Europeans was by coming together as a single bloc.

His wife Olena told BBC on Sunday that the crisis would be shorter if there were strong support for Ukraine. The Ukrainian woman reminded Britons that soaring living costs are a harsh reality; Ukrainians are paying for it with their lives. As reported by Politico, officials in the European Union believe that there will be a critical point when nations begin to feel severe economic pain while at the same time being asked to assist the Ukrainian forces and humanitarian effort.

Protest Against the Soaring Energy Prices

Demonstrators gathered on Sunday in the Czech capital Prague to criticize high energy prices and call for an end to sanctions against Russia, showing signs of discontent. According to police, approximately seventy thousand individuals attended the rally, mostly from far-left and far-right groups. In the meantime, hundreds of protesters gathered at Lubmin, the Russian-built pipeline’s terminal in north-east Germany.

Following the invasion, the German government blocked the commissioning of Nord Stream 2, a new pipeline that had been about to begin operation. In addition, Russia announced two days ago that it would cease gas exports to Germany through the Nord Stream 1 pipeline, which had already been operating since last year.

As a result of the deadlock with Russia, countries such as Germany are seeking supplies elsewhere, and their stores are now 84% full, up from 45% in June. German Chancellor Olaf Scholz said Russia was “no longer a reliable energy partner” and that Germany would get through the winter. Students, pensioners, and those on benefits will receive one-off payments from the government. Additionally, energy bills would be capped.

Approximately 9,000 energy-intensive businesses are expected to benefit from tax breaks worth €1.7 billion. According to Scholz, a windfall tax on profits from energy companies will also be used to mitigate bills. In comparison, the Coronavirus pandemic cost the German economy about €300 billion in intervention to keep the economy afloat. The latest package brings relief from the energy crisis to around €100 billion. It is projected that similar measures will be taken across Europe. Liz Truss said she would unveil a plan to cut energy costs within a week if elected as United Kingdom prime minister. There will also be a meeting between European energy ministers on 9th September to discuss ways to lessen the burden of soaring energy costs across the bloc.