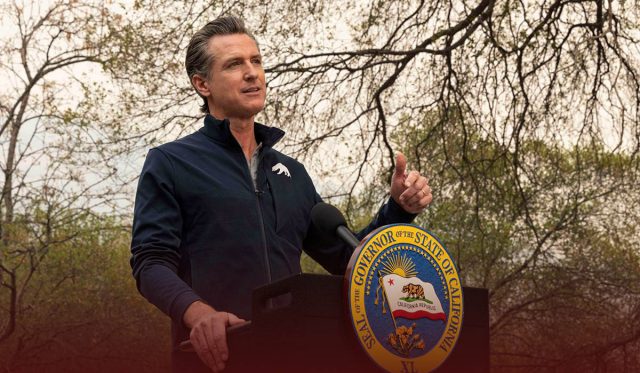 Gavin Newsom, the Governor of California, signed a $15 billion climate package on Thursday that will offer to fund for programs to tackle climate change and drought in the state following an overwhelming wildfire season that burnt more than two million acres of land. The biggest portion of the climate package, around $5.2 billion, will go to funding for relief projects of emergency drought and to expand the water supplies of California because of the historic shortage that led the governor to ask people in July to reduce their water consumption by about fifteen percent.

At the KNP fire today, while the realities of climate change surrounded us, we signed into law a $15 BILLION package that will help California tackle the climate crisis — from record heat waves, to extreme drought, to massive wildfires. https://t.co/akdIJTQBsw

Almost $1.5 billion will go toward combating wildfire risk in forests, clearing dead trees and brush that could catch fire. Furthermore, the Newsome package includes $3.7 billion to prevent climate change risks in California, invest in new projects that will lessen extreme heat like urban greening projects, and fight the threat of an increase in the sea level. Roughly $3.9 billion from the overall package will be allocated to acquire zero-emission transit and school buses, and other transportation vehicles. In addition, $1.1 billion will go to enhance agricultural programs and cut emissions from livestock and agricultural equipment.

Newsom further said that the state has to deal with the realities of climate change, and the state officials cannot afford to sit back passively and depend on the debate unfold in Washington D.C. As a result, the California governor declared a drought emergency in April for the Russian River watershed, affecting forty-one counties of the state and thirty percent of the population of California. He also declared a water shortage for the Lake Powell and the Lake Mead reservoirs. In addition, this year, the state fought giant blazes, including the Caldor Fire, which burned more than two hundred thousand acres, and the Dixie Fire, which burnt approximately one million acres.

The United Nations Intergovernmental Panel on climate change released a report in August specifying that human-led climate change made extreme heatwaves, flooding, and droughts more likely. Additionally, it noted that droughts are occurring around seventy percent more frequently than before. The United States President Joe Biden and Congressional Democrats are in efforts to approve a $3.5 trillion spending package that includes striving programs to fight climate change.