Home Updates Hamas and Israel Agree to a Ceasefire 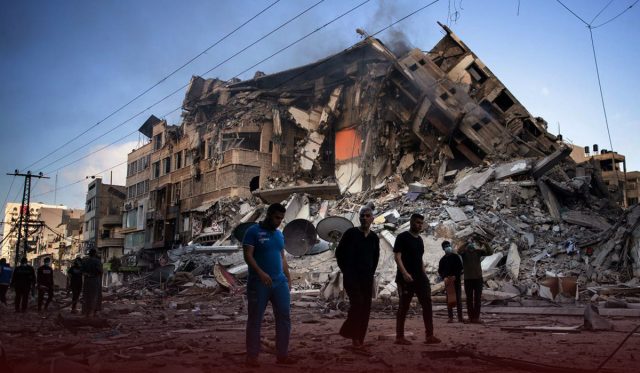 Hamas and Israel agreed to a truce after more than ten days of clashes that left hundreds dead, most of them Palestinian civilian Muslims including women and children. Moreover, the ceasefire signals an end to instant violence but leaves both countries further apart than ever. During the last eleven days, the Israel Defense Forces performed a deadly aerial bombardment of Gaza, including the civilian residencies. In response, Hamas also fired some rockets into Israel in an effort to retaliate Israel for its violence.

BREAKING: Israel approved a ceasefire, ending its nearly 2-week assault on occupied Gaza. The timing hasn’t been confirmed yet.

Israeli airstrikes have killed at least 232 people in Gaza, including 65 children.

At least 90,000 people in Gaza have been displaced, says the UN. pic.twitter.com/slsIOiaqjk

According to the Hamas-run health ministry in Palestine, Israeli airstrikes killed more than 235 Palestinians, including sixty-five children and many women. On the other end, according to the reports of the Israeli emergency service and IDF, at least twelve people killed in Israel after the rocket attacks from Hamas. Moreover, a senior leader of Hamas told CNN that the ceasefire, under terms and conditions brokered by Egypt, would start at 02:00 am local time on Friday.

Celebrations about the Ceasefire

The statement from the office of Israeli Prime Minister Benjamin Netanyahu said that the Security Cabinet organized this evening. It accepted the recommendation of all security elements – the head of the Shin bet, the director of the National Security Council, the Chief of Staff, and the Head of Mossad solidly – to accept the Egyptian initiative of peace for a mutual categorical truce that will go into effect at an hour to be agreed upon later.

Civilians in Gaza celebrated the news of ceasefire, and in the early hours of Friday morning, cars spotted honking in the streets in joy. A voice broadcast from a nearby masjid praised Allah for the announcement of peace and ceasefire.

Eleven Days of Violence and War

News of truce came with an outbreak of parting shots; some moments after the announcement of ceasefire and before it started, alarms warning of rocket attacks called once again in villages and towns in Israel close to the Gaza Strip. According to the Israel Defense Forces, Hamas fired over four thousand rockets into Israel since the fight started. The Iron Dome defense system of Israel intercepted a maximum of them. The longest pause in rocket fire from Gaza was more than eight hours and took place overnight into Thursday, while Israeli military violent action continued.

Meanwhile, the IDF conducted a devastating aerial bombardment of Gaza, targeting the gigantic network and other infrastructure of Hamas. On Wednesday, the United Nations Children’s Emergency Fund (UNICEF) said that more than seventy-two thousand people of Gaza go homeless because of the brutal attacks of Israeli forces. The Office of the Israeli Prime Minister made clear on Thursday that its military forces will be instructed to resume its campaign against Hamas and other groups in Gaza if they believed to be failing to keep their side of the pact.

The statement said that the political leadership highlights that the ground reality will determine any decision to restart the military campaign. The ceasefire follows short-lived diplomatic efforts to push for a truce.

Joe Biden, the President of the United States, and his administration dialed up messaging on Israel during the last some days, including in the fourth call of the president with Netanyahu on Wednesday.

In quickly arranged remarks from the White House brought one hour before the ceasefire was due to come into operation, Biden credited the quiet and relentless diplomacy of his administration, along with efforts by Egypt, in arriving at the peace pact. The U.S. president said that they held thorough top-level discussions, literally with Egypt, the Palestinian Authority, and other Middle Eastern nations, intending to avoid the type of extended fight they faced in last some years when the conflicts broke out.

Prime Minister Netanyahu informed me that Israel has agreed to a mutual, unconditional ceasefire. The Egyptians have now informed us that Hamas and the other groups in Gaza have also agreed.

Furthermore, the American president didn’t become more aggressive with his Israeli friend until recent days, when he directly told the Israeli Prime Minister the violence needed to stop. However, he did it so privately and barely addressed the situation personally during the eleven days it raged on. Antonio Guterres, the United Nations Secretary-General, also welcomed the truce between Hamas and Israel but said more remained to do.

The secretary-general told reporters he wants a return to talks between Hamas and Israel and called for vigorous humanitarian aid distributions to the people of Gaza. Further, he added that he stressed that Palestinian and Israeli leaderships have a responsibility beyond the restoration of peace to start a serious negotiation to deal with the root causes of the conflict.