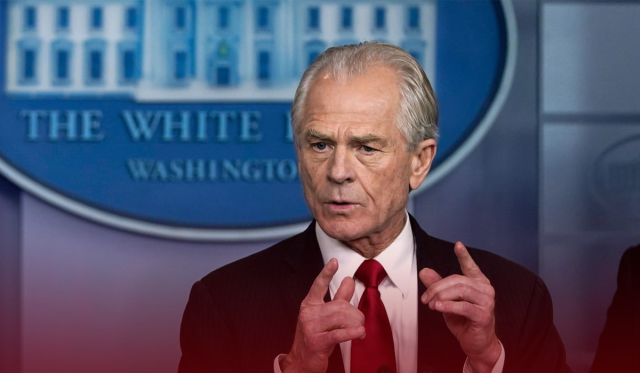 A House COVID-19 committee subpoenaed former Trump adviser Peter Navarro on Thursday as the board continued to probe the pandemic response of the Trump government. The subpoena ordered Navarro to hand over documents and sit for a deposition, as he failed to respond to the requests of lawmakers for last some months, according to the statement in the memo of committee chair Representative James Clyburn.

Clyburn further wrote that the subpoena is crucial because of the critical role of Navarro in the COVID-19 pandemic response, the importance of the investigation of the Select Subcommittee, and his continuous refusal to cooperate with the committee voluntarily. The committee is investigating the federal government’s response under the Trump presidency to the coronavirus pandemic, including whether the government downplayed threats about the pandemic or interfered with the work of health agencies.

In addition, the former trade advisor called the investigation a witch hunt and said he would be delivering a case of his new book “In Trump Time” to the committee in a statement to Forbes. The subpoena asks the former adviser to turn over documents by 8th December and appear for testimony by 15th December. Navarro led the Office of Trade and Manufacturing Policy (OTMP) from the beginning of ex-President Donald Trump’s term.

Bogus Claims of Navarro about the Effectiveness of Drug against Coronavirus

As the coronavirus outbreak unfolded, he advised the former president on supply shortages and helped coordinate acquisitions of drugs and medical supplies, according to the reports of Politico. Moreover, he pushed coronavirus policies with a lack of scientific evidence as he claimed hydroxychloroquine was a potential cure for coronavirus in the 2020 summer. On the other hand, researchers find the drug ineffective against the virus, and the Food and Drug Administration (FDA) revokes its emergency use authorization.

The committee issued Navarro’s subpoena for the second time. However, it previously sent the summons to virologist Steve Hatfill in September. He was the former adviser to Navarro. In September, the White House COVID-19 Committee released emails that revealed that Hatfill warned Navarro about the little knowledge about the virus when it hit the world. According to those emails, he also said that scientists don’t know how many Americans are affected in the country. Furthermore, the health experts expect the first wave of coronavirus to spread in the country within seven days, Hatfill said in an email.

Additionally, through document requests and testimony, the committee found that the former adviser communicated with other White House officials via encrypted personal email account. The committee also suspects Navarro may be refusing extensive communication sent through emails. Clyburn also said he would seek particulars from Navarro on the government’s use of personal email accounts.

During his time working on the COVID-19 response, Navarro helped lead the process of buying drugs and medical supplies for the United States last year, pushing much of the responsibility to states to secure their own medical-related products on the open market.

In addition, to build up the stockpiles of the federal government, the former adviser handed out agreements to firms with close ties to the government without proceeding through the normal open-bidding process and focused on securing personal protective equipment manufactured in the United States regardless of a lack of manufacturing capacity in the U.S.