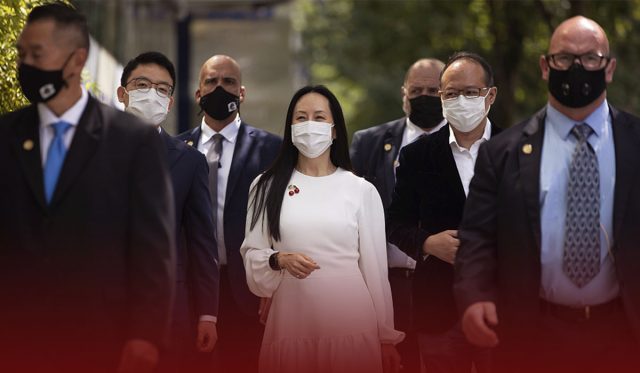 Chief Financial Officer (CFO) of Huawei, Meng Wanzhou, who spent approximately three years in house arrest in Canada, returned to China late Saturday after ending a continued arrest fight with the U.S. administration. It sparked an outburst of national pride in her home country, where her release from the extradition was depicted as a diplomatic victory of China over the United States.

如果信念有颜色，那一定是中国红🇨🇳
If there is any colour for conviction, there must be undoubtedly red–the colour of China!
Meng Wanzhou returns to motherland after 3 years of detention in Canada on 25th September, 2021. pic.twitter.com/B59Otvw9HU

American federal prosecutors wanted her for fraud charges regarding alleged Iran sanction violations and arrested her in Vancouver in December 2018. After the arrest, officials from Beijing called it political arrest under the administration of former President Donald Trump. China repeatedly demanded to release Meng. The legal fight of Chinese business executives strained relations between Canada, China, and the United States, specifically after China detained two Canadian nationals following her arrest. Internationally, experts called the Beijing move as political retaliation from the Chinese president.

The Canadian administration allowed Meng to go home after reaching a deal with the United States Department of Justice (DOJ) to submit her prosecution until 2022. After that submission, the legal team can drop charges against her. Some hours after her release, the Chinese authorities also freed two detained Canadians, Michael Spavor and Michael Kovrig.

The southern Chinese city of Shenzhen rolled out a red carpet on Saturday to welcome Meng, who arrived on a chartered flight. She was wearing a red dress without a facemask, and she waved hands to the crowd of over a hundred people holding and waving Chinese flags and welcoming banners and shouting welcome home. In a short speech to the crowd, Meng said that she was finally back home. She also expressed gratitude for her return to the Chinese motherland, the ruling Communist Party, and specifically Xi Jinping, the President of China.

Further, she said that as an ordinary resident of China, she suffered the trouble and was stuck abroad for almost three years. Meng is the daughter of Huawei’s founder, Ren Zhengfei. She also said that chairman Xi cares about the safety and protection of every Chinese national, and he also keeps her situation on his mind. Meng ended her speech by promising to uphold the presidency of Xi and the party and vowing loyalty to her country.

Meng frequently called herself an ordinary Chinese citizen in the speech, the grand greeting for her was anything but ordinary. Inside the arrival hall, a huge crowd gathered to welcome Meng; the crowd erupted in national pride and shouting slogans such as “long live China” and other patriotic songs. Many of them called Meng a national hero and greeted her return as a symbol of Chinese victory over the United States.

The United States case against her placed on whether she deceived HSBC (a banking giant) about the relationship of Huawei with Skycom (an Iranian subsidiary), which the American accused could have put the bank at risk of violations against sanctions. However, state media of China reports highlighted that Huawei executive pleaded not guilty in the court.