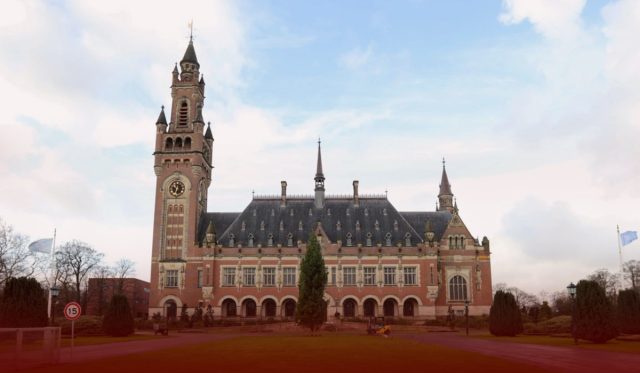 In a preliminary decision, the highest court of the United Nations (U.N.) asked Russia to suspend its attack on Ukraine immediately. The President of the International Court of Justice (ICJ), Joan Donoghue, read the initial decision. Further, she said that the Russian Federation should halt the military invasion that started on 24th February 2022 in the Ukrainian territory. Donoghue also discussed the broadening humanitarian consequence of the war.

The top court of the United Nations ordered Russian President Putin to suspend its aggression in Ukraine instantly. The President of the International Court of Justice, Joan Donoghue, read the preliminary ruling. pic.twitter.com/RXr9WGMOyy

She said that the International Court is highly aware of the extent of the humanitarian crisis that is taking place in Ukraine. The Court also has serious concerns about the continuous loss of life and other issues regarding food and medical aid disasters. In addition, the use of force by the Russian Federation in Ukraine raises severe issues of international law. The International Court of Justice voted 13-02 in favor of the ruling against Russia. Both opposing judges belong to China and Russia.

In a tweet, Volodymyr Zelensky, the President of Ukraine, praised the decision of ICJ and called it a complete victory for Ukraine against Russian aggression. However, Zelensky warned that ignoring the ICT’s order would isolate Russia even further because the order is binding under international law.

Ukraine gained a complete victory in its case against Russia at the International Court of Justice. The ICJ ordered to immediately stop the invasion. The order is binding under international law. Russia must comply immediately. Ignoring the order will isolate Russia even further

The world court is the first take after the ICJ ruling. However, it is binding and marks a symbolic victory for the war-torn country. Furthermore, Ukraine filed its case to the International Court of Justice days after the Russian invasion last month, challenging its claim the move intended to suspend a genocide of pro-Russian separatists.

On the other hand, Russian representatives didn’t attend the opening hearing of the court. However, Russia argued the International Court of Justice shouldn’t impose any measures and had no authority. Last week, representatives of Ukraine argued that the accusations from Moscow represented a pretext for unprovoked invasion.

Read Also: The US Announced to Send Another $800m Military Aid for Ukraine