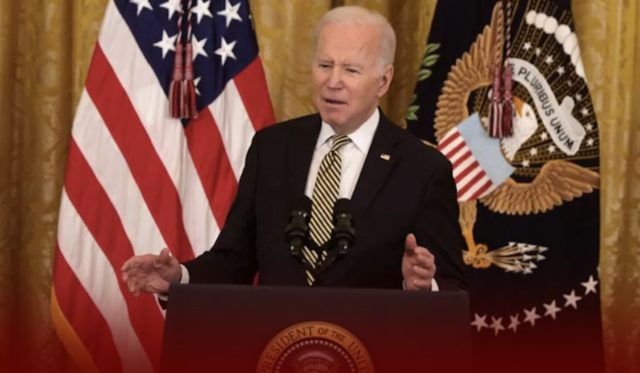 On Friday, the United States President Joe Biden spoke to Chinese President Xi Jinping on a 110-minute phone call to warn him not to provide material support to Russian aggression of Ukraine, one day after top Biden diplomat acknowledged that the U.S. believed China is willing to provide such support. According to the White House, the video call was the first talk between both leaders since the attack. In the call, the U.S. president detailed the possible consequences should China move to provide military support to Moscow.

During a video call, United States President Joe Biden warned his Chinese counterpart Xi Jinping of the consequences if China supports the Russian invasion of Ukraine. On the other hand, Xi assured him that his country did not want the war. pic.twitter.com/qoGx2m8Wpz

Government officials refused to disclose in detail what those implications might be public. However, a senior government official told reporters in a news briefing after the phone call that Biden shared with Xi a comprehensive review of how things developed to this stage, his evaluation of the situation, and the U.S. leader emphasized support for a diplomatic resolution the crisis.

Jen Psaki, the press secretary of White House, said that they have that concern. President Biden detailed the consequences if Beijing provided material support to Moscow as it conducts violent attacks against Ukrainian cities, including civilians. Senior government officials described the phone calls as detailed and significant, but it wouldn’t offer several details about the prolonged conversation. Instead, their discussion focused on the war in Ukraine and the consequences the crisis would have for the United States-China relations.

Psaki said that Beijing has to decide for themselves on where they want to stand on ongoing Ukraine. In addition, the White House said that at Biden’s request, Chinese and United States officials would continue talks in the coming days. Furthermore, next week, the U.S. president plans to discuss Xi’s role with other Western nations at a sudden NATO conference in Brussels, Belgium. Chinese statements about the war in Ukraine stopped short of condemning the attack but also did not offer specific support.

President Xi offered so-called support for mediation efforts between Ukraine and Russia, but Beijing also fueled Russian disinformation about the conflict. So, President Biden tried to clarify China’s position through call. Previously, the United States warned Asian and European allies that China expressed sincerity to providing Russia with financial and military aid, which Russia requested as its blocking attack stretched into the third week.

Trade between China and European Union

It is mainly assumed the Chinese leader will secure a historic 3rd term in power during the 20th National Congress of China’s Communist Party in Beijing this fall. During such an important political year, western experts consider that president Xi will be specifically conscious of the economic risks amid secondary sanctions. In 2021. According to the Chinese official statistics, trade between China and European Union surpassed $800 billion, and United States-China trade was more than $750 billion. On the other hand, trade with Moscow was only $150 billion.

The economy of China is expanding more gradually than it has during the last decades. Before the discussion, U.S. officials clarify the interests of the conversation. On CNN, Wendy Sherman, the deputy secretary of state, said that the ask is that Beijing needs to support the right side of history. However, China slammed Western sanctions by saying that it creates new crises which result in interfering with the political settlement of disputes.

Read Also: The US Announced to Send Another $800m Military Aid for Ukraine