Home Updates Politics In a Cabinet Reshuffle, Sunak Aims to Bring Factions Together 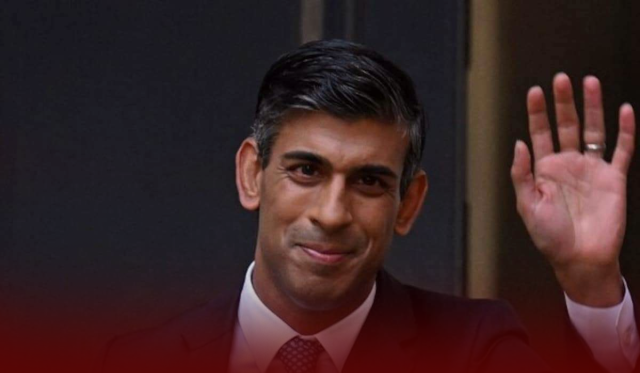 On the first day of his tenure as United Kingdom prime minister, Rishi Sunak announced the names of his cabinet. He announced economic stability and confidence in a speech outside No. 10 and emphasized his desire to unite the country and party. MPs were surprised by some choices in the cabinet reshuffle, but some were predictable.

On his first day as Prime Minister of the United Kingdom, Rishi Sunak appointed his team of top ministers. His remarks outside No. 10 aimed to unite the country and the party, as he promised economic stability and increased confidence.#RishiSunakPM #Sunak #RishiSunak #UK #Rishi pic.twitter.com/DXQWUZs3GQ

A strong sense of unity, experience, and continuity in some key roles are among the No 10 messages. So, what are the implications of who is staying, who is leaving, and what it all means? David Cameron’s former communications director, Sir Craig Oliver, echoes No 10’s message: Unity is the watchword of this reshuffle. Every party faction will feel represented in some way.

“And Sunak hasn’t exiled bigger beasts to the back benches where they can trouble him as Truss did with Michael Gove.” Jeremy Hunt’s appointment as chancellor, James Cleverly’s appointment as foreign secretary, and Ben Wallace’s appointment as defense secretary is another impressive aspect of the reshuffle. He is likely conveying a clear message that he can provide stability to MPs during the war in Ukraine and the economic turmoil of the last few months.

After abandoning most of the tax cuts that former Prime Minister Liz Truss had introduced, Hunt reverted to an economic plan that resembled Sunak’s during the summer campaign. On 31 October, when the government’s next budget is released, we will likely hear more about the need for “difficult decisions” between him and Sunak.

U.K. Diplomatic Relations Around the World

Aside from sending a signal of stability, the appointment of Boris Johnson’s ally Wallace as defense secretary and cleverly as foreign secretary extended an olive branch to several senior MPs who did not support Sunak. “The cabinet combines the talents of the party,” said a source at No 10 regarding the conclusion of the reshuffle. He added that continuity is at the heart of the government in this uncertain period because of a unified party and a cabinet with significant experience.

He stated that the hard work would begin now, and the new cabinet would “deliver for the British people.” It is understood that a senior government source informed BBC News that Cleverly’s appointment would provide “stability at the Foreign Office” and “continuity for the U.K.’s relationship with the rest of the world.” It was not unusual for Cleverly’s social media feeds to be filled with pictures of him making phone calls to foreign government officials as the reshuffle progressed.

The decision shows, however, that Penny Mordaunt paid the price for not withdrawing earlier from the leadership race. The report that she was vying for the position of foreign secretary has been widely reported. In addition, she serves as the House of Commons Leader, ensuring that Parliament approves legislation enacted by the government.

Nevertheless, a potential conflict may arise over defense spending. Previously, Wallace stated that he wished to increase defense spending to three percent of national income by 2030. However, the new chancellor has yet to pledge to do that in his plans to make government more efficient.

Some Truss Loyalists are Out in Force

Sunak has reached out to some senior figures who have supported his rivals Boris Johnson and Liz Truss, but others have been removed from the race. Jake Berry, the former chairman of the party, and Simon Clarke, a significant supporter of Liz Truss and her initiative, are no longer involved in the campaign. There have been reports that Jacob Rees-Mogg resigned from his business secretary position.

The party leader had openly criticized Sunak since only a few days ago when he said, “Boris or Bust.” The supporters of Sunak will not miss him. Business secretary Grant Shapps and leveling up Secretary Michael Gove, who served under Boris Johnson, have replaced these two. Truss was forced to U-turn at the Tory party conference because of these two MPs” orchestration of revolt against her plans to reduce income tax rates for the highest earners.