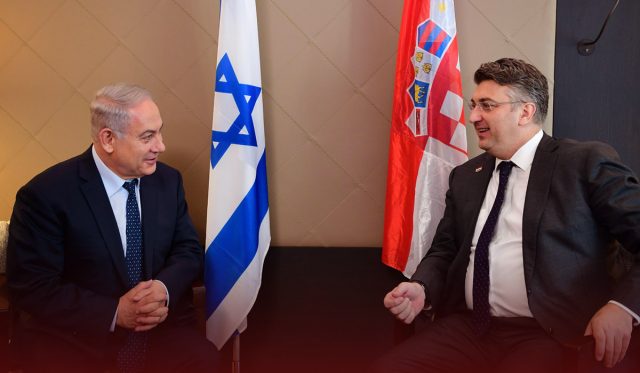 On Friday, the Israeli government reached an agreement to send between one to 1.4 coronavirus vaccine doses to the Palestinian Authority on-lend to help accelerate vaccinations in the Israeli-occupied West Bank and Gaza. Moreover, the move comes after the government of Israel faced criticism for failing to offer impartial vaccine access to the people of Palestine living in the territories.

Israel let a million covid vaccines expire while millions of Palestinians under its military rule remained unvaccinated. Then, it arranged a swab where Palestinians would get the expired doses in exchange for a future fresh batch that was destined for us!! #TrueStory pic.twitter.com/QT2N4PBwiv

As part of the agreement, the Palestinian Authority will receive almost 1.4 million Pfizer, BioNTech vaccine doses that would near to expire and it left unused. Afterward, the Palestinian officials would then return by sending the same amount of doses to Israel in the 9th and 10th month of this year when they receive their share of the vaccines from the COVAX initiative of the World Health Organization (WHO).

The office of the newly elected Israeli Prime Minister Naftali Bennett announced the deal with the Palestinian Authority. Still, negotiations started in secret some months ago, according to the information from the New York Times. Furthermore, the statement from Israel notes that they reached the deal because Israel has a sufficient quantity of COVID-19 vaccines to vaccinate all its nation.

So far, the Palestinians received vaccine doses from China, Israel, the United Arab Emirates, Russia, and the COVAX initiative. Until now, only eight percent of the people living in Palestine received at least one shot of the vaccine, according to the global vaccination tracker of Reuters. On the other hand, sixty percent of Israeli nationals received at least one shot of vaccine.

Israel’s Vaccine Rollout is among the World’s Fastest

The vaccine rollout of Israel is among the fastest rollouts in the world, but the human rights groups slammed the government for not sharing its vaccines with Palestinians. Israel maintains complete control over all imports to the West Bank, and it also shares control of imports to Gaza Strip with Egypt.

Up to now, Israel vaccinated over one lac Palestinians who work as laborers in Israel and also those who come into direct contact with Israelis. Additionally, Israel donated five thousand Moderna vaccine shots and two hundred Pfizer doses for Palestinian medical workers. However, the Palestinian government resisted calls to offer its vaccines to other people of Palestine who live in territories that are under some form of Israeli control.

Instead, the Israeli officials argued that responsibility for vaccinating Palestinian people under the Oslo Accords falls on the Palestinian Authority. However, human rights groups highlighted that under Geneva Conventions, occupying powers are responsible for maintaining and ensuring public health systems of the occupied residents to prevent the spread of coronavirus.