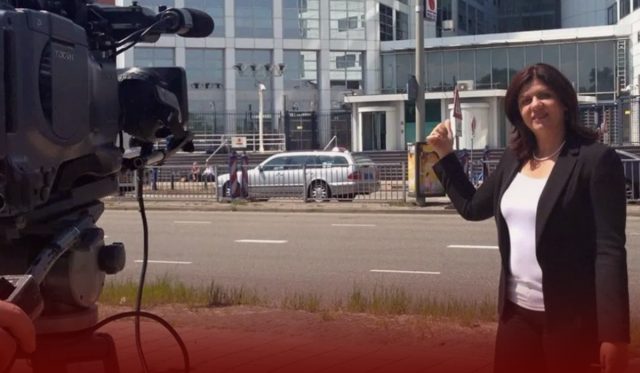 On Wednesday, the Israeli military shot and killed Shireen Abu Akleh, the veteran Al Jazeera reporter, during her coverage of an Israeli armed raid in the occupied West Bank. Another two reporters and the broadcaster with herm blamed the Israeli forces for her killing. Benny Gantz, the defense minister of Israel, vowed a transparent probe and said he was in touch with Palestinian and the United States officials.

According to the Palestinian Health Ministry, Israeli defense forces have shot dead Shireen Abu Akleh, a Palestinian-American journalist who worked for Al Jazeera for twenty-five years, during the Israeli attack on the occupied West Bank. pic.twitter.com/ArLLCYX3Oh

Initially, the Israeli military officials suggested that stray fire from Palestinians might kill the Al Jazeera journalist. However, he said they are trying to sort out the exact circumstances behind her assassination. Gantz said Israel requested the Palestinian health team to hand over the fatal bullet for detailed examination and investigation. Earlier Wednesday, Rayan al-Ali, the head of the Palestinian forensics institute, said that the deformed bullet was used in her killing and that it could still be unclear who fired it.

According to the Israeli military, they had conducted an armed operation early Wednesday in Jenin refugee camp in the northern West Bank. However, it vehemently denied that it had deliberately targeted journalists. The army added exchange of fire between security forces and the suspect. It investigated the incident and looked into the possibility that the Palestinian gunmen shot the journalists. Last year in June, Israeli forces violated the ceasefire pact with Hamas by launching airstrikes on its occupied Gaza Strip in Palestine.

Al Jazeera appealed to the global community to hold the Israeli military accountable for their intentional targeting and killing of its reporter. Further, it added that the Israeli occupation military killed Abu Akleh in a blatant murder and violated the international norms and laws. The broadcaster added that producer Ali Al-Samudi, another journalist of Al Jazeera, was wounded during the clash.

Al Jazeera English tweeted that the Israeli occupation forces killed their beloved journalist Shireen Abu Akleh while covering their violence this morning in Jenin. She was the most prominent Palestinian journalist and a close friend of the Palestinian ambassador to the United Kingdom, Husam Zomlot. The veteran journalist has been working with Al Jazeera since the second Palestinian Intifada in 2000.