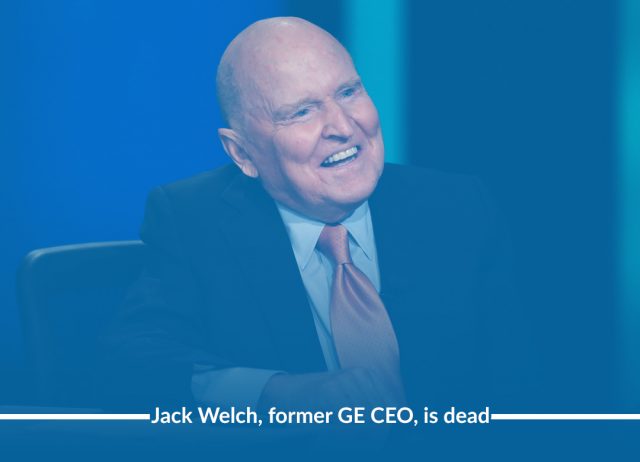 Jack Welch, former General Electric who served as CEO of the company for 20 straight years died at 84. He became CEO of GE in 1981 and carried the company through some of its greatest financial success until his retirement in 2001.

“Today is a sad day for the entire GE family,” Larry Culp, current General CEO said in a statement. “Jack was larger than life and the heart of GE for half a century. He reshaped the face of our company and the business world. Jack was a strong and constant influence throughout my career despite never having worked directly for him.”

Welch named Manager of the Century by Fortune in 1999. He is recognized for his excellent management of the company making it a financial giant during his time. The stock value of the company increased from USD 14 billion to over USD 400 billion, a 2,700% increase over two decades time.

“He had a tremendous focus on shareholder value,” said Jeff Sonnenfeld, a Yale business professor and founder and president of the Chief Executive Leadership Institute. Welch was a student of Sonnenfeld in early 1980s.

The Yale professor also noted that the now deceased CEO pushed the company into the new lines of businesses with mixed results. Be it the inclusion of financial services to create one of the world’s largest banks or taking over of RCA, Welch knew the possibilities were endless. Yet the company suffered during 2008 depression. 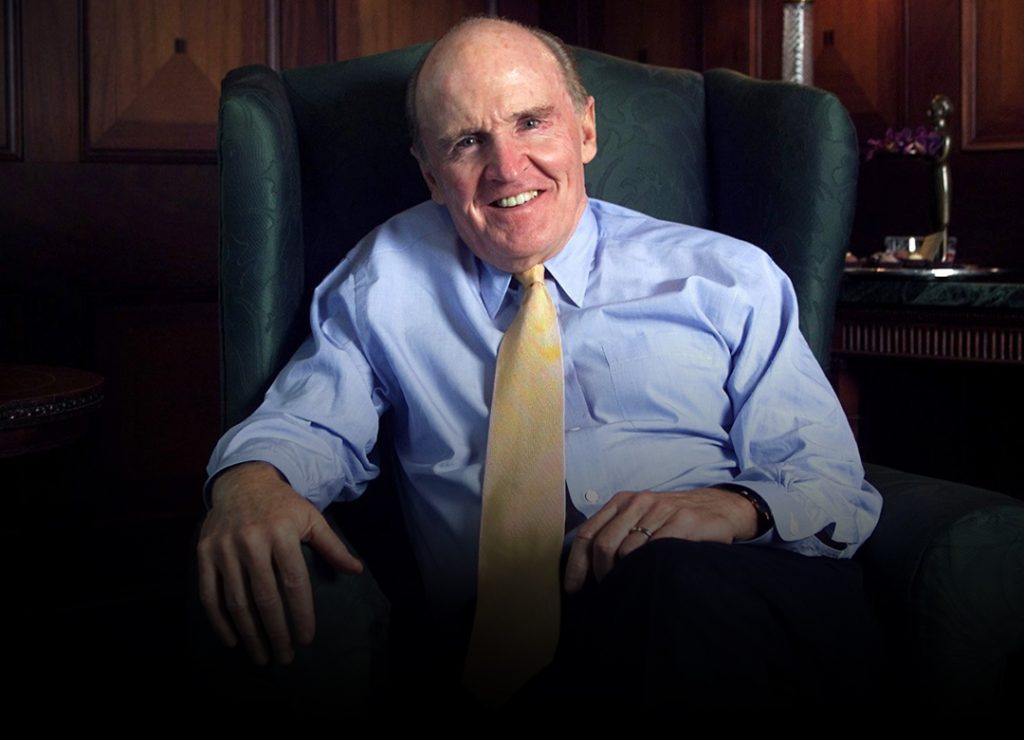 “That provided a cookie jar. But it was a diversion that many European industrial giants didn’t get distracted with,” said Sonnenfeld.

Welch a force to reckon with became a big Six Sigma proponent, consistently looking to improve the business structure at GE. Quickly became Neutron Jack with his structural reforms among the management, Welch in his first year after taking the charge, cut loose around 100 businesses.  He knew what it takes to bring the GE back to where it should be.

His first big reform was reversing the USD 2 billion merger deal with Utah International in 1976, the largest merger in the US at that time. Under him, the company gained steady growth that met or beat predicted results even when external economic factors hit most of its competitors. General Electric in 2009 was fined USD 50m for manipulating and managing results but that happened eight years after Welch left the company before those rough days.

The company in recent years has struggled big time as it disintegrated many of its units Welch had stitched in during his time. Deep cuts were also introduced in its headcount that has fallen by more than 100,000 in just last two years. Due to financial struggles and a laggard outlook, the once prized stock was scaled down to a penny a share. However, the recent deep cuts have positively affected GE, contributing to some turnaround in terms of share value in recent months prior to the market correction of late.