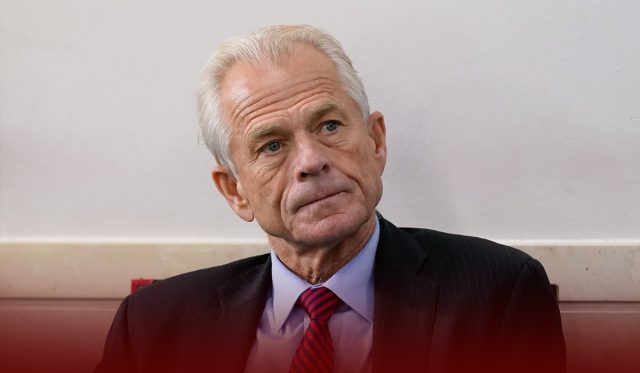 The House-select Committee probing the 6th January riot on the United States Capitol pushes ahead with contempt charges against former Republican President Trump advisers Dan Scavino and Peter Navarro after their monthslong denial to obey subpoenas. According to a committee report, Scavino, a White House communications aide under former president, and Navarro, Trump’s trade adviser, didn’t cooperate in the congressional investigation of the deadly attack.

The House-select committee probing insurgence at the Capitol filed contempt charges against former Trump advisers Scavino & Navarro after their refusal to comply with subpoenas. The 9-member panel will meet today night to discuss whether to hold them in contempt of Congress. pic.twitter.com/axCst39kN8

Furthermore, the filing comes before the planned business meeting of the committee on 28th March to vote on a criminal referral of both advisers for failing to comply with their subpoenas. Afterward, the recommendation of criminal charges will proceed towards the full House. After the House approval, it would send the charges to the Department of Justice, which has the final say on the prosecution.

Insurgents stormed the Capitol to block Congress from certifying 2020 Presidential Election results demonstrating Democratic Joe Biden defeated Republican Trump. Then, in early February, the committee subpoenaed Navarro for his testimony attempting to question the former president’s ally who pushed fake claims of voter fraud in the election that the committee believes flued the attack.

Navarro’s Response to the Committee Decision

This month, the Biden government denied claims from Navarro and former national security adviser Michael Flynn, saying an allegation of executive privilege was unjustified or in the national interest. Additionally, Navarro called the House­-select committee vote an unfair partisan assault on executive privilege. He also said that the committee knows well that the former president invoked his executive privilege, and it is not his privilege to waive.

The committee quoted reports in the last fall subpoena it issued to Scavino that he was with the former president the day before the attack during a talk about how to persuade Congress members not to certify the 2020 election for Joe Biden and with Donald Trump again the attack day and may have relevant materials to his tweets and videotaping that day.

The committee said in the report that Scavino allegedly attended many meetings with Trump in which challenges to the 2020 presidential elections were discussed. Moreover, Scavino tracked social media on behalf of Trump. The committee also cites several news stories that discuss “TheDonald.win” (an online forum) tracking by Scavino. According to a letter from Stanley Brand, his attorney to the White House on 25th March, Scavino is still arguing his need to testify.

Scavino is one of the most loyal and closest allies of former President Trump, and he served in his government from starting to end and as one of his initial campaign staffers. In addition, he was involved with the social media channels of the former president, usually sending messages to the followers of Trump on the then-president behalf. So, the committee believes Scavino is aware of the formal and informal meetings and details of the violent events leading up to and on the particular day of the riot.

The U.S. Justice Department is still reviewing the contempt referral of Mark Meadows, the former chief of staff of White House, which the full House voted on last December. Previously, the committee voted to endorse contempt charges against White House’s former chief strategist Steve Bannon under Trump’s administration after he stopped cooperating with the panel. Later, a federal grand jury accused Bannon and is anticipating prosecution by the DOJ. Still, the Justice Department didn’t take any action against Meadows.