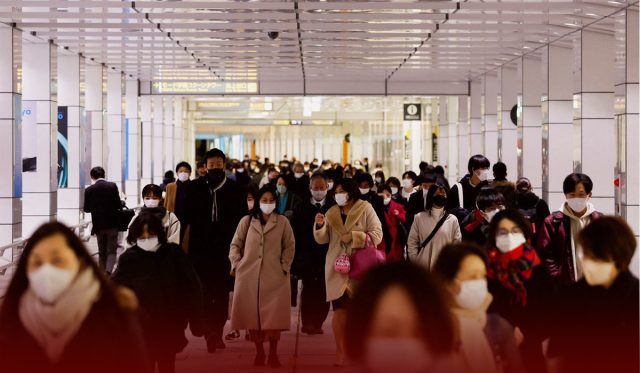 The Japanese government will allow foreign tourists back in June after closing the border for over two years. However, some conditions will apply. Starting 10th June, the country will offer visitors guided package tours, including lodging and transportation. Prime Minister Fumio Kishida made the announcement on Thursday. The United States is one of the ninety-eight nations with low COVID-19 infection rates that will be allowed entry.

After being shut to foreign visitors for about two years, PM Fumio Kishida announced that starting from the June 10, his country would open its borders to travelers from 98 nations having low immunization rates.#Japan #coronavirus #Covidvaccination pic.twitter.com/s66dAT1pwu

Next month’s larger reopening follows a small trial that allowed around fifty individuals on organized tours to visit twelve areas, starting this week. Kishida said that gradually they would aim to accept tourists – as they did on regular days – taking into account the infection status. Furthermore, visitors from low-risk nations will not need to show proof of their vaccination status. Moreover, they will not have to test or be isolated on arrival, irrespective of their vaccination status.

The National Tourism Organization of Japan published a checklist it states that tourists must show proof of a negative test within seventy-two hours of departure for the country. Afterward, the number of allowed individuals will increase to twenty thousand from the current limit of ten thousand. However, the current number includes foreign workers, students, and business travelers, not tourists.

Coronavirus and Tourism in Japan

The Japanese government strictly regulated its country’s borders during the deadly Coronavirus pandemic and continued to bar tourists even after several other Asian countries started welcoming tourists back. With leisure visitors banned, only two hundred fifty-thousand travelers visited the country in 2021, compared to over thirty million every year before the outbreak.

The tourism agency of Japan projected that a little more than one hundred thousand tourists visited the country between January and March compared to over eight million individuals during the same period in 2019. The president of the Japan National Tourism Organization, Seino Satoshi, stated that the group is working with local governments, local and abroad travel agencies, destination marketing organizations, airlines, and other concerned authorities to prepare for inbound travel to start again.

On Friday, Co-owner and president of tour operator Friendly Planet Travel, Peggy Goldman, said that her agency is preparing to bring travelers back to Japan. However, as per announced limits on how many individuals can come to Japan, she expects the return to roll out gradually. Additionally, the Japanese government announced a policy on starting action to join the effort.