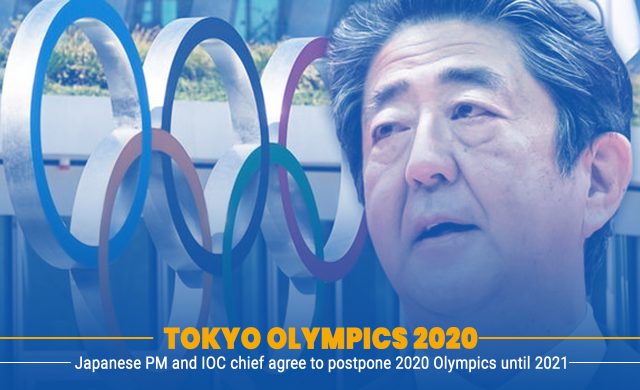 Notwithstanding the brunt of Corona, Japanese Premier Shinzo Abe and International Olympic Committee (IOC) President Thomas Bach after negotiations between their team have agreed on suspending the much anticipated Tokyo Olympics until 2021.

The IOC was already under huge pressure to postpone the Olympics which were originally scheduled to be held from July 24, to Aug 9, 2020. In the aftermath of pandemic, the games will still be dubbed Tokyo 2020 despite going into the next year.

“The IOC president and the Prime Minister of Japan have concluded that the Games … must be rescheduled to a date beyond 2020 but not later than summer 2021, to safeguard the health of the athletes, everybody involved in the Olympic Games and the international community,” said a statement from the IOC and Tokyo 2020 organizing committee.

“Therefore, it was agreed that the Olympic flame will stay in Japan.”

This is unprecedented as the Games have never been rescheduled in times of peace with only being cancelled in 1916, 1940 and 1944 due to World Wars.

Japanese Olympic Minister Seiko Hashimoto on March 17, 2020 revealed that their country was planning for a complete hosting of the Olympics which would start on time and with spectators in attendance.

However, International Olympics Committee last week stated that it was taking into account a number of different options including a postponement of the much awaited and prepared games to July. In a time when the world is battling with the novel Coronavirus, the opposition to the games by many was natural and could only grow with the outspread of the disease as nations around the globe are in a lockdown with prevent and control measures against Covid-19 which has infected around 400,000 people in different parts of the world. Canada and Australia have both revealed they have disbarred their athletes to visit Japan his year while Germany, United States and Poland have appealed for the games to be called off until 2021. Sporting bodies including USA Track and Field and USA Swimming are also in favor of the postponement.

A number of athletes who have been unable to complete their daily trainings ahead of the much anticipated games due to social distancing, unavailability of training partners, limited access to training facilities and coaches have also voiced their opposition to the original schedule.

Japan is not the first one to postpone a sporting event. ATP Tour’s Masters 1000, French Open, Euro 2020, UCL, NBA and other big events have been called off to avoid the spread of virus. There certainly will be financial implications to the rescheduling of the games with some experts believing the cost will be increased by around USD 25bn.

According to Andrew Parsons International Paralympic Committee President, the suspension of the event was only logical option at the moment. Earlier the games have been rescheduled to Aug 25, 2020 and would end on Sep 6, 2020. 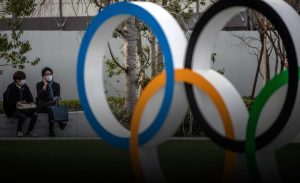 “Postponing the Tokyo 2020 Paralympic Games as a result of the global COVID-19 outbreak is absolutely the right thing to do,” Parsons said in a statement.

“The health and well-being of human life must always be our number one priority and staging a sport event of any kind during this pandemic is simply not possible. Sport is not the most important thing right now, preserving human life is.

“At a time when many major communities around the world are in lockdown, with workplaces and shops closed and people urged not to leave their own homes, continuing to pursue the dream of the Tokyo 2020 Games happening this year does not make sense.”